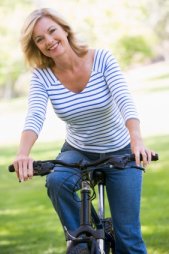 You're about to learn outdoor safety tips for women: how to outsmart predators, and for the first time anywhere, how to never fall for a friendly predator's trap.

The biggest obstacle to staying safe in parking lots and on city and suburban streets, country roads, and secluded paths is the average person's innocence. This naïveté of the prey takes four forms:

1st: carefree/careless (assuming no one wants to harm you, you act carelessly);

2nd: too trusting (if someone seems harmless or has a good story, you’re gullible);

3rd: mirror imaging (assuming a predator shares your morals, you try to reason with him rather than outsmart him);

4th: location immunity (assuming you’re in a “safe” area, you turn off your danger radar and fall into one of the first three traps).


NEVER drop your guard, and NEVER let anyone get near you (in a vulnerable location) or isolate you – no matter how friendly he/she appears.

A GLIMPSE OF A PREDATOR'S MIND

Most victims simply didn’t expect the depravity of a psychopath’s mind. Your new attitude starts with a glimpse of that depravity:

In November 1966, the “Zodiac Killer” wrote a rambling, taunting letter to the Riverside Press-Enterprise newspaper in California – and gave us a chilling look into a human monster’s mind. He gloated over his recent murder of “Miss bates” – bragging that she was stupid and sheepish – victimizing her once again. But he “had a ball” that day.

While Miss Bates was studying in a library, he disabled her car’s motor (cars didn’t have hood-locks back then). Then he entered the library and waited for her to leave, following her out after a few minutes, figuring her car’s battery would be dead by then. He offered to help and she was “very willing to talk” to him (no cell phones back then to call for help).

He told her his car was nearby and offered her “a lift home.” When he walked her away from the library to a secluded spot, he told her that “it was about time” for her to die, put a “hand over her mouth” and, in a frenzy, nearly decapitated her with a small knife.

He's never been caught - he may be incapacitated, dead, or in prison for another crime. Serial killers rarely forever quench their thirst for a God-like power of life-and-death over a helpless victim.

If Miss Bates had had the chance to read this outdoor safety page, she’d have suspected that a “friendly predator” was trying to isolate his prey, and would’ve stayed in her locked car. Today, a flattened tire is the common ploy.

Here's a handy rule-of-thumb: a violent criminal is either a Force Predator or a Friendly Predator.

You’ll instantly know a force predator – he’ll suddenly attack you from the open or from ambush, though he might first play cat-and-mouse while deciding whether or not to attack you.

However, a friendly predator will first try to get near you to isolate and trap you, and then attack you.

Many victims, afraid to appear rude, ignored their gut feelings and were trusting, easy, naïve prey for a friendly predator. Never forget that and you’ll never fall for a stranger’s lure.

It’s impossible to fully anticipate the panicky chaos of a sudden threat forcing you to make split-second life-and-death decisions. Nonetheless, understanding your victims options now will help your intuition choose an option then.

Deter a predator by holding Pepper Spray & a Personal Security Alarm (noisemaker or screamer) in plain sight. See those pages for how to most effectively use them.

ALL Outdoor Safety Tips for Women

• Parking Lot Safety FAQ tips.
• Street Crime FAQ tips.
• Purse Snatching FAQ tips.
• Running Safety & Walking Safety: do's & don'ts FAQ.
• Friendly Predators try to get near you to isolate and trap you, then attack.
• Force Predators: ambush zones revealed.
• Predator’s Favorite Targets: how not to be one.
• Spotting Danger - and what to do before it's too late.
• Facing Danger: if you're already targeted, you have five options.
• Rescuing a Victim Safely: how best to be a hero.
• Dog Attack: facing an attack on you or a loved one.
• Camping: human predators hunt human prey in isolated wilderness.
• Camping Safety & Hiking Safety FAQ.
• Pickpockets: stopping masterful thieves from stealing you blind.
• Recap of this section.
• Pepper Spray
• Personal Security Alarm (noisemaker or screamer).
• Security Products - Personal Devices