SELF DEFENSE TECHNIQUES
FOR WOMEN 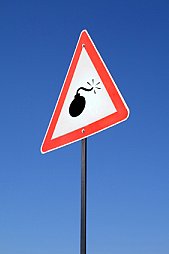 True self defense for women is to use the very most effective self defense techniques – no matter how drastic. This is what your parents never taught you about staying safe.

Just like the Ultimate Rape Prevention, these methods are brutal – which is exactly what you need if ever fighting for your life.

Most rapists give up if a woman resists at all (see Rape Escape Options - Prevention). But if not, you must attack tooth and nail like a savage, raging maniac. Simply imitate the ferocity of the meanest dog you’ve ever seen.

Always remember that many murder victims would have escaped alive had they known what you’re about to learn.

FINGER WHIPS to the EYES:
the Best Sucker Punch

The very most effective and easiest way to stop an attacker with your hand is to attack his most vulnerable target – his eye.

The best surprise attack sucker punch is to use “Finger-Whips-to-the-Eyes.” That’s whipping your hand and wrist as though you’re flicking water off your fingertips. This allows all four fingertips to strike the eye. They:

1. are the fastest of all strikes and can be repeated rapidly,
2. don’t require strength, only speed (like swatting a fly),
3. are the least telegraphed of all strikes.
4. cause great pain, distraction, and incapacity.

Trading punches in a fistfight is too risky – use a Clinch Attack instead. Duck under or to the side of his punches, block them, or grab his arms – whatever it takes – to stifle his punches like a boxer “clinches” (hugs) his opponent.

Now attack him – as savagely as a 10-pound monkey can latch onto a 200-pound man’s head while shredding his face within seconds. When someone is trying to kill you, latch on to him with one hand and don’t let go as you gouge his eyes, and bite his nose, lips, or ears off, or bite him wherever you can. Bite into him until your teeth meet, then shake your head side-to-side to cause maximal damage. You’ll need to use one or both hands to pull him into your bite. Mix in Knee-Strikes to the groin.

Grab him with one hand to pull him close while you attack him with no mercy. After you’ve hurt him, it’s unlikely he’ll chase you when you suddenly flee to safety. A Clinch Attack negates his punching power and puts him on the defensive.

Do all this with a lunatic’s frenzy and ferocity to maximize your chance for escape. If your will to survive is truly strong enough, you will use this to defend yourself from an attacker trying to kill you or a loved one.

• If you’re both fighting on the ground together, still use the Clinch Attack. Don’t waste strength by trying to wrestle him or push him away. Hug with one arm, gouge his eyes with the other, and bite off his nose, ears or anything you can reach. Mix in Knee-Strikes to the groin. Do not try to escape until he’s unable to pursue you.

• If he has a weapon, use one hand to control it, ravage him with your other hand and teeth, then wrest the weapon away from him and escape with it.

• If you’re on the ground as he’s standing above you, disable his knees (a weak body part) by kicking them with the Defensive-Ground-Kicks – sitting on one side of your butt, kicking the attacker's knees if he comes near – swiveling on your buttock as needed if he tries circling you (use the bottom of your heel to kick).

If ever you're fighting desperately for your life, your survival instinct will kick in and you’ll use anything necessary to survive. At least now, you know the self defense techniques to save yourself. When it’s time to do or die, this is how you do.

BOOST YOUR SELF DEFENSE TECHNIQUES

To deter a predator - beforehand - carry a Personal Security Alarm (screamer or noisemaker) & Pepper Spray in plain sight. Most predators will consider you too much trouble and look elsewhere for prey. And those pages tell you how to use them most effectively if needed.