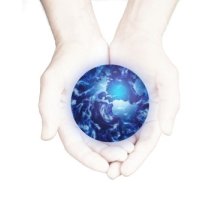 Are you endangering yourself with slipshod apartment security? Learn how to find the cracks in your security without hiring an expert. After all, your security is mostly in your hands.

The husband, answering the knock on his New York City apartment door without knowing who was there, opened it "just a crack" and suddenly a knife-wielding man burst in demanding money. The husband didn't move fast enough so the intruder stabbed him. The wife was trying to give the suspect money, but he wasn't satisfied and stabbed her too. Nobody knows how the man got into the apartment building at all, as doormen guard the entrance. 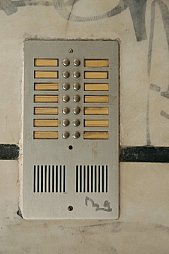 A man pretending to be a Meals-On-Wheels employee somehow got past the lobby of a New York City apartment building and ended up at the door of a 103-year-old woman on the 14th floor. He talked his way inside, asked to use her restroom, and then stole $250.

She's lucky that she wasn't physically harmed. Many home intruders/invaders not only rob, but also rape, torture, and/or murder their victims.

Doormen are no guarantee of security, though they are better than the lobbies that are merely unlocked by tenant's keys. Intruders can tailgate through by following a tenant inside and pretending that they are a visitor or a deliveryman.

And even kids distributing advertising fliers can get past locked lobby entries by using the intercom to fool any tenant into "buzzing" them in. Criminals can, too.

And your neighbor's legitimate visitors and deliverymen can check out the building's security and find weaknesses to penetrate later.

Sharing a building with others means sharing their bad habits and extended network of possibly shady acquaintances, too. Careless neighbors put you at risk.

KNOCK, KNOCK. WHO'S THERE? 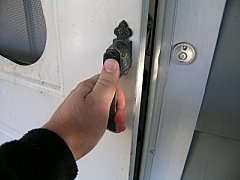 Naïve people blindly open the door whenever they hear a knock. Duh! WHY take the chance that it might be a violent criminal?

"Push Ins" are a very common method for criminals to invade and terrorize a home. See Home Security - Push-In.

It only takes a moment to check out whoever is knocking on your door before you open it and come face-to-face with them. There's really no excuse not to. Gamble in Vegas – not in your life.

LOOK BEFORE YOU LEAP 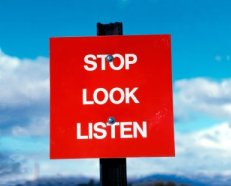 ALWAYS KNOW and TRUST anyone at your door BEFORE you open by simply calling out, “Who’s there?” Now how hard is that? It's so easy to CHECK FIRST.

To make it even easier, use a peephole to see who's knocking at your door. And supplement that with an inexpensive wireless doorbell intercom at Home Intercom System to also speak clearly with somebody trying to get face-to-face with you. Some criminals purposely mumble so you'll open your door to hear them better - allowing them to burst in.

In fact, with an intercom, before you even respond to the knocking, you can silently eavesdrop on two predators whispering their plans. How cool is that? (By the way, you can also eavesdrop on any visitors.)

HOW TO KEEP MONSTERS OUT

An intruder armed with a knife and a meat cleaver broke into her Edmonton AB apartment, woke her in her bedroom and told her he was going to rape and murder her. He then repeatedly raped and stabbed her for two hours, slashing her throat and severing two of her fingers. Yet she outsmarted him by keeping him talking until she finally escaped the apartment.

Ever since, she’s suffered from extreme Post-Traumatic Stress Disorder (PTSD). She feels under attack 24 hours a day with intense flashbacks and nightmares. With every passerby, every shadow, she sees a psycho waiting to kill her. 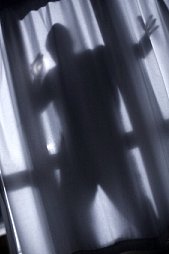 Learn from that poor soul’s horror that you cannot rely on the security hardware for a typical apartment. Let's look at both doors and windows.

The least expensive security device is a wooden rod inserted into a sliding door or window track to prevent it from opening. Have a second rod, a few inches shorter, to allow the door or window to open a little for ventilation in summer. Insert the rod in the track furthest away from the outside to make it harder for an intruder to slip a tool between the panes to dislodge it. See Sliding Door Security Hardware and Home Window Security.

Pins are an inexpensive way to secure an up/down (“double-hung”) window. Close the window, drill a hole through the inner panel (on both the left- and right-hand sides where the panels overlap) and halfway into the outer panel, then slip a pin (a nail or bolt) into the hole. Slant the holes downward so the pin won’t fall out if jostled. Drill more holes a few inches higher to allow partial opening for ventilation in summer. See Security Products - Window.


Another inexpensive security device is a simple brace to hold the door shut (and resist kick-ins). Most doorknobs are 36 inches from the floor. Measure yours and get a 2X4 piece of wood 6 inches longer (probably 42 inches total). At the lumber store, have a V-shaped notch cut into one end. Insert that end under your doorknob and put the other end on the floor. Give the bottom end a few taps to wedge it firmly in place. (Or instead, wedge a straight-backed chair under the doorknob. Or get a doorstop alarm at Security Products - Door).

The woman testified in court that Philip Skulnec followed her out of the elevator in her Edmonton AB building and forced her into her apartment. The woman then underwent five hours of rape and torture.

This was essentially a Home Security - Mug-In – when you’re attacked outside your home and forced inside. 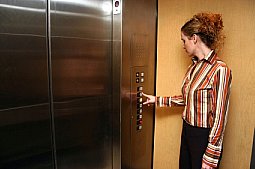 Do NOT enter if another passenger makes you uncomfortable – wait for the next one. Once you do enter, hold the elevator door open as you push the button for your floor. Watch to see if the arrow points in the direction you want before you release the door. And if the arrow points to the wrong direction, get out! Someone else (possibly in the basement or on the top floor) has summoned the elevator, and there’s no need for you to go there. Wait for the elevator to return to your floor and inspect it before you get in (and don’t get in if anyone suspicious is there).


Also, keep your hand in your pocket holding pepper spray at the ready.

Always stand near the elevator door so you can get off immediately if someone you distrust gets on. Especially, don’t go to the basement or top floor with him – push the alarm button (not “Emergency Stop”) or push other floor buttons for more opportunities to flee the elevator. If he chases you, start banging on doors as you run past and pull a fire alarm if possible (and/or use your pepper spray).

Though security hardware in apartments is usually flimsy at best, you can still choose how safe you want to be.

Look at your home through a burglar’s eyes and improve the worst flaw first – with the inexpensive devices described above – or with simple apartment security systems at Security Products - Apartment, Home Security - College, a doorbell intercom at Home Intercom System, and Security Products - Simple Electronics.

They’re “portable” – you can take them with you when you move out – and they install easily.

See all aspects of apartment security at Security Products Overview.