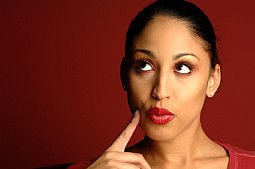 Learn lessons from crime victims and survivors - lessons that your mother never taught you.

ESCAPING FROM A CAR'S TRUNK

Charity Gibson parked at her Daytona Beach FL apartment building and saw a suspicious man walking toward her car. She decided to get out and face him. The man pointed a handgun at her and demanded her purse and that she get in her car’s trunk. As she crawled into the trunk, she remembered her new car had a glow-in-the-dark release latch inside the trunk. As soon as she felt the car slow down (still in the parking lot), she jumped out of the trunk and landed on the pavement.

Ms. Gibson made split-second decisions to escape, but hindsight is 20/20 vision and has the luxury of leisurely analyzing how she could have improved her survival odds.

First, Ms. Gibson should’ve driven away OR stayed IN her locked car and blown the car’s horn nonstop rather than getting out to face him. Loud noise, especially before the crime has truly begun, usually scares away criminals (they usually don't want to attract the attention of witnesses). See Escaping Carjacking.

Second, since Ms. Gibson had already exited her car, she would’ve been better off dropping her car keys and running away – letting him have the car but not have her.

The U.S. Department of Justice statistics show a 12 percent chance a criminal will call attention to himself by firing a gun in a populated area, a 6 percent chance of actually hitting you, and a 3 percent chance of that bullet being fatal (shooting distance undetermined). Moreover – now think about this - if he's willing to kill you on the spot, he's likely to do worse at a secluded, secondary crime scene. See Spotting Danger > How He Reaches For A Weapon and Survival Options - Kidnapping.

Nevertheless, Ms. Gibson wisely escaped before the car had gained much speed. Her bravery may well have saved her life – and led us to lifesaving lessons.

Christopher Kornberger attacked Renee Basile with a razor in her driveway one night, and she defeated him in a long struggle. He ran away, and later admitted he’d intended to kidnap her. He later attacked four other women, raping and killing one.

Her husband was home but neither he nor her neighbors heard her screams for help. And her best friend, with whom she'd been talking on her cell phone, was unable to help. She lost faith in her fellow man and still struggles to believe that not every stranger walking toward her wants to kill her.

The victim habitually went for a morning jog for many years. The rapist watched her for a while to know where she was going next. Bradley Scott Sneed tackled her from behind and dragged her under a fence. At first she was screaming, but he became more violent. So she began talking him down, asking what he wanted. He told police that’s why he didn’t rape her.

Sometimes Talking Does NOT Work:

13-year old Esme Kenney was jogging and literally ran into serial killer Anthony Kirkland, spilling his beer. She apologized. Kirkland said he beat the girl and raped her. She didn’t scream or fight. Instead, she just talked to him. She asked if he had children. That’s when Kirkland said he saw the hated mother of his son and he killed the girl.

You must learn how to talk to your attacker at Verbal Self Defense. Also see Victim’s Options Overview of fight or flight – or talking your way out of danger.

VICTIMS WHO FIGHT BACK

Experts say that victims who fight back against their attackers often suffer the same emotional trauma as those who remain passive. It's traumatic either way. Afterward, victims often wonder what they could have or should have done.

Some people are paralyzed in a crisis, while others try to connect with the criminal, hoping he’ll be less willing to hurt them. However, many victims choose to submit – hoping for the best. Victims should do whatever it takes to survive by trusting their intuition. Although victims who’d killed a criminal often experience PTSD, they know they did what they had to do to survive.

Stanley Stander had just installed flooring in Ralph and Mattie Michaels' home before breaking in, then beating and robbing them. Ralph Michaels was bludgeoned and bound then heard his wife screaming for mercy.

Learn how to deal with the risks of hired help in Home Security - Cracks.

Choose how safe you want to be. Look at your home through a burglar’s eyes and improve the worst area first. See Home Security Overview. The most important areas are fortified doors and windows, good lighting, and alarms, and, especially, your entire family’s cautious behavior. No group is any safer than its most careless member – just one weak link can endanger all of you.