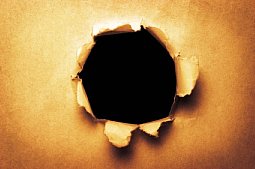 These unique pages teach you stress control - to control fear to survive. Fear is our primary survival instinct and is inevitable in a crisis. It isn't a matter of being fearless - but of controlling fear.

A gunman robbing a Brooklyn nightclub ordered five people to lie facedown then began shooting them one by one in the back of the head.

But one who’d laid down in fear, Evelyn Davis, suddenly chose to fight back, heroically jumping up and attacking the executioner. She seemed to prevail when his gun jammed, but he pulled out a knife and stabbed her to death.

A Roar Rather Than A Whimper

Yes, Evelyn Davis died anyway, but with a roar rather than a whimper. At least she tried, and her courage broke the spell of fear paralysis for two other captives obediently waiting to die – allowing them to escape. She saved their lives, and probably would’ve survived herself had the others chosen to help her rather than flee – abandoning her.

The key word above is “chose.” The key question is why she dared to fight. To find out why, we'll explore our need for fear and our need to control it, how we sabotage our survival instinct, the dark realities of being hurt, how experts prepare to survive, and in the end, how to choose courage – and magnify its power.

These one-of-a-kind pages demystify the fear of freezing in a crisis – panic-stricken and helpless – by illuminating this primal instinct to help you survive. Informed by military history, modern military expertise on combat stress, martial arts, and research by foremost psychologists, these pages give you insights into your mind – as well as the stark realities of fighting for your life – that you’ve never known and will never forget.

• Fear Itself: the fine lines between fear, panic, and stress control.
• Willpower and hope: a crisis is hopeless only if you give up hope and the will to survive.
• Punched: absorbing and overcoming pain.
• Wounded: rising above injury.
• Courage: choosing to prevail.
• Acting: role-playing for real.
• Optimal Mindset: psyching yourself to fight for your life.
• Recap of this section.

Carry Pepper Spray & a Personal Security Alarm (noisemaker or screamer) in plain sight. Those pages also tell you how to use them most effectively.