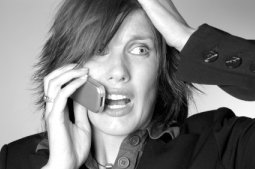 Outdoor safety includes knowing how to rescue a crime victim most effectively and safely. When it comes to heroism, there's a fine line between bravery and folly.

Terence Lionel Martin was driving past when he saw a male teenager assaulting a pregnant woman on an Oakland CA street. He stopped to help her and was shot dead.

What should you do if you witness a crime with a victim in danger? Your rushing to the rescue may save the victim – or may instead get you killed like the valiant Mr. Martin. And that may escalate the victim's danger as well.

A less risky and possibly more effective strategy in a populated area is to make lots of noise from a safe distance and yell repeatedly for someone to call the cops while pointing at the crime scene.


If you’re in your car, blow the horn and flash the lights. MAYBE ram into the car of a kidnapper (at a very slow speed) to prevent him from leaving with the victim. Otherwise, keep the kidnapper in sight for as long as possible and get a good description.

However, if the criminal is fleeing without a victim – let him get away - but try to get his license plate number and call the police. Let them deal with the danger of capturing a criminal.

• Troy Cansler was fatally stabbed while chasing a thief who’d stabbed and robbed a woman with a baby outside a Riverside CA grocery. His wife, Autum Rae Cansler, said, “He was powerfully built and fit. He always thought he was invincible. He’d say, ‘Nothing’s ever going to happen to me.’”

• A Good Samaritan stopped on a Chicago-area highway shoulder to offer a ride to two men and a woman in a car that was stalled there. The three went with him but soon tried to carjack his car. He stopped on the highway and a truck struck his car, killing the woman. At this point a couple stopped to help, whereupon one of the carjackers stole their minivan.

• Four cases in Birmingham, England: car thieves stabbed Hirachya Sinanyan as he tried to stop them. Tushar Makwana chased burglars from his home and out into the road where they killed him with their getaway car. Henry Raybould was killed while trying to stop car thieves. A teacher ran after a thief stealing another teacher's laptop computer. The thief got into a car and ran him over, killing him.

• Two brothers took pity on a hitchhiker and invited him to dinner with their family in Devalls Bluff AR. After he ate, the drifter went on a rampage, killing the two young brothers and vanishing into the night in their pickup truck.

• College student Jonathan Rizzo stopped his car to help a man seemingly stranded on a Massachusetts roadside with a disabled car. The man, serial killer Gary Sampson, stabbed him to death.

• Two men followed a woman out of a Baltimore MD store after she cashed a check, and grabbed her purse. Three people tried to help her but were shot by the robbers.

• Eleanor Griffin was about to enter her parked car when three teenage girls with a toddler asked for a ride. She obliged. During the drive, the girls pulled a knife and forced her to drive home, where they looted her Lake Wales FL house and stole her car.

• A man and woman were outside a Toledo OH store when a car came screeching into the parking lot. As they scolded the woman for letting her son drive so wildly, the boy shot the couple.

• James Early opened the door to his Arizona home to rescue a neighbor who was being attacked by her son, Brian Hermes. The son burst in behind his mother and took Early's wife hostage and shot Early to death.

• Two men fired shots during a robbery at a Bluffton SC restaurant/pool hall and fled into the woods. Employees and customers chased them, some carrying pool cues. They caught up to one robber and began beating him with tree branches and pool cues until sheriff deputies arrested him. Luckily, they weren’t shot.

• A man walked into the Hilton Head SC restaurant with a shotgun and demanded money. When he pointed the gun at a customer, the owner, Archie Hardison, heroically grabbed the gunman in a chokehold and held him until police arrived. Though he saved the customer (assuming the gunman would've fired) and stopped the gunman, the police said he was reckless and had foolishly escalated the violence. BUT how could the police possibly have known what might've happened otherwise? Sure, the hero was lucky, but the risk is what makes heroes heroic.

Cautiously Helping with the LEAST Risk

• A 14-year-old girl walking home after dark was grabbed by Robert Gaddy and forced to the ground by the roadside in Middletown NY. As he began trying to undo her pants, a family driving past noticed “something amiss,” stopped, shone the headlights on him and blew the horn. He was distracted enough that the girl broke free and ran to their car as he fled.

• Near Seattle WA, a 10-year-old girl walking to her school bus stop was grabbed by a man and forced into his station wagon. Three bystanders heard the girl scream and chased the car on foot. They closed in when the man stopped at a red light. The kidnapper then shoved the girl out and sped away.

• Holly Ceney told a Norwich UK court how she was in her bedroom with the window open and heard a woman’s high-pitched shriek. Seconds later, she heard a screeching car roaring off. She thought nothing of it until she learned that was about the time a teenaged girl disappeared. The girl’s body was found five days later. A phone call to police might've saved her.

• Well, this one involved far more than minimal risk: A frantic man on the Port Moody BC roadside waved down Don Miller and pointed wildly at a bloody Martina Seymour struggling with a gunman. The hero drove alongside her, pulled her into his car despite bullets flying and shattering his window, and roared away with her. Wow, talk about a knight in shining armor. Sure, it could have gone either way. But, again, the hero was lucky, and the risk is what makes heroes heroic.

But There's NO Excuse for Doing NOTHING

Breann Voth was ambushed and murdered in suburban Vancouver BC. She’d screamed repeatedly and many neighbors heard but they all assumed someone else would intervene. Thus NOBODY came to her rescue or even called police - until her body was found the next day.

Chris and his wife, arriving in a parking lot of a farmer’s market near Detroit MI, saw a man chasing a woman around a parked car, slapping her. Chris stepped between them and said, “Try slapping me, tough guy!” Well, the bully tried, and Chris knocked him silly just as the police arrived. The cops saw Chris as the aggressor, so took him down and handcuffed him. Luckily, other witnesses vouched for Chris. Despite his bruises, Chris said he’s ready to step in again in the future – unless he sees a weapon. Then he’ll call the cops.

As pointed out in domestic violence, a battered woman is often bewildered by seemingly hopeless circumstances even though they could lead to her murder or suicide. Oftentimes no neighbors even call the police during obvious battles nearby because they each think or hope someone else will do so. Or afterward, injuries are passed off with flimsy excuses. Bystanders may be afraid to get involved, but if nothing else, you can at least make an anonymous call to the police. Give them a chance to possibly save her life – even if she currently refuses to help herself.

Rescuing a Woman at a Party or Tavern

Watch for a male leading a drunk (or possibly date-rape drugged) female somewhere or "taking her home." Step in and get others (preferably females) to help properly take care of her and make sure she’s not about to be raped. Be ready to call the police.

What should you do if you see a child being abused? The degree of abuse varies, and so do the possible responses of witnesses. The more confrontational responses include scowling at the abusive adult, or scolding him/her, or even using physical force to stop any actual physical abuse.

The more diplomatic responses are:
• Empathize with the adult with something like "My child makes me crazy, too."
• Look for a chance to praise the child or adult.
• If the child is in danger, offer to help.
• Call the police if you see signs of neglect or physical, emotional, or sexual abuse. You can remain anonymous.

If you’re unsure if a child is truly being abused, contact the police for guidance. But if you see a child left unattended in a parked car – a blatant risk for a child – call the cops immediately.

How to Help Solve a Crime

If you’re a victim or an eyewitness:
• During the crime, notice clothing and hair, though they can be changed. Especially notice things a criminal can’t change, such as his lips, teeth, eyes, nose, and walk.
• Afterward, write down a description to fix your thoughts before you talk to anyone.
• Insist on open-ended questions from police interviewers. Don’t allow visual aids like photos or logs of facial components if you’re questioned for a composite sketch.
• Tape-record your police interviews to ensure that you’re not misquoted. You have the right to obtain the written police reports to compare with your tape.

See "After Being Attacked – Immediately Call the Police" in victims options - fighting.