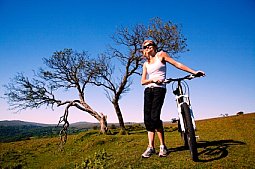 Outdoor Safety Tips for Women: learning how predators hunt for carefree prey and learning how not to be their favorite target.

David E. Rosenbaum was robbed and murdered while strolling near his Washington DC home in one of the safest neighborhoods in the city. He was listening to his headphones and never heard the mugger coming up behind him to bash his head and kill him.

Research from the Australia Institute says that some cultures may share rape-supportive attitudes toward Western women, that there are two types of women – good girls and sluts. And sluts deserve to be raped for dressing in revealing ways or accepting an offer of a lift. Beware of the barbaric attitudes of some alien cultures. 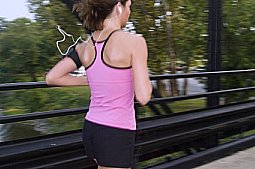 • Someone wearing earphones or distracted with a cell phone – unaware of her surroundings.

• Someone unaware she's being followed until she's isolated.

• Someone carrying packages or with a child.


Tim Foord and his daughter were walking their dogs in the South African afternoon when five teenagers attacked them. They bound the father and took turns raping his daughter.

A man in upstate New York held five women captive as sex slaves in an underground bunker over a 15-year period. One by one, they willingly went with him after being coaxed into his car.

Trevor Hamilton offered a ride to a young woman waiting at a bus stop in Ireland. But instead of driving her home, he drove her to a lonely spot and raped her. He let her go only when she swore that she wouldn’t report him. But she lied. He was arrested and served a mere three months. He soon raped another woman – then murdered her to ensure her silence.

Robert Bonisteel said the two Richmond BC girls were hitchhiking when he picked them up. He stabbed one of the girls to death in the back seat. He told the other girl not to worry as long as she does what she's told. He later killed her too.

• Keep your hands free of packages – Ask for a male store employee to escort you into the parking lot. See Parking Lot Safety as well as parking garage.

• If anyone is loitering around your destination (home, business, or parked car), go instead to an active area. Running to your destination might be a bad idea. Unlocking a door in a panic may take too long – and then you can be pushed in. See Fleeing.

• Watch for anyone following you. Some rapists follow a woman home then push her in as she opens her door. She's better off outdoors while still able to summon help. Don’t go home unless someone is there who can truly help. Go instead to an active area.

• Get other people to help. Give specific directions to onlookers, such as, "You! Call 911!" (free at payphones) or "Walk me to that store, I'm being followed." Many witnesses are too surprised to act unless ordered.

• Hide your jewelry. Even fake jewelry will attract a mugger. Get a money belt or other stash clothing.

• Hide your wad of cash when shopping. Fold a dozen one- and five-dollar bills in half and position them in your pockets so you can withdraw them one at a time and not flash all your cash.

• Act nonchalant when taunted. Girls growing up in tough neighborhoods learn to deal with male advances and taunts by acting nonchalant – yet looking tough – not challenging him and never showing fear. See Victim’s Options - Overview.

• Know your destination to avoid getting lost or wandering into danger – and watch for anyone tailing you.

Keep a Personal Security Alarm (screamer or noisemaker) & Pepper Spray in easy reach. Those pages tell you how to use them most effectively.