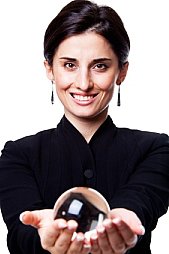 Intuition is your early-warning alarm to detect criminal minds scheming to entrap you.

Robin R. Mildebrath entered a Chicago-area tanning spa shortly before closing time, asked the female employee if he could use the lavatory, did so, then left. The young woman felt uneasy about his behavior – just a twinge, just a bit off. Her gut feeling proved prophetic. She mentioned him to a couple just leaving and they checked outside – and called the police. Police found him waiting in the parking lot with a ski mask, handcuffs, a butcher knife, and sex devices. Police say Mildebrath, a convicted sex offender, had unlocked the spa's back door before leaving.

Nature’s most complex creation, the human brain, must first of all ensure its own survival. Thus, its early-warning-system – intuition – is its most sophisticated function, ruling the all-powerful survival instinct to detect danger. Essentially, it's your inborn crystal ball.

It senses without rational thinking – it guesses or feels with a "sixth sense." The subconscious mind constantly evaluates millions of bits of information, detects subtle conflicts within patterns, and alerts the conscious mind when something is awry. We call this awesomely complex process our gut feelings, suspicions, or hunches. It saved our ancestor’s hides throughout history.

Security expert Gavin de Becker pointed out in “The Gift of Fear” that modern, socially-imposed good manners and political correctness have tamed us into trusting only logic and ignoring our gut feelings.

Real estate agent Lindsay Buziak's body was found in a Victoria, BC home listed for sale. Her coworkers said Buziak had had a really bad feeling about the appointment to show the empty house to a caller.

Intuition – a faint wisp, a fleeting radar blip, a subtle nudge that something isn’t quite right – is ignored while friendly predators, skilled in the art of deception, coerce and entice you into traps. Your ultimate alarm – already shyly quiet - gets shushed down as mere silliness.

Since hindsight is 20/20 vision that makes the obscure seem obvious, only afterward do we recall and notice the piece of the puzzle that didn’t quite fit. That is, if we’ve survived with memory intact. 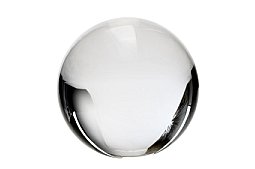 We tend to cling to our first impression of a stranger and ignore clues that say otherwise (especially if a friend has recommended the stranger – as though the friend knows for sure). We also tend to trust strangers who "seem" normal – forgetting that dangerous predators are experts at seeming normal.

Worse, we also, like Pollyanna, tend to assume that other people share our values and beliefs, i.e.: you don't want to hurt others, so others don't want to hurt you. That makes you gullible – a sucker for a smooth-talking, innocent-looking predator – despite warnings from your intuition. All these tendencies set us up for a disastrous mistake.

(On top of that, intuition sometimes fails to warn us. Maybe we ignored it, or maybe it took a nap and left us flatfooted, or maybe we were distracted. Yet other times, a false alarm poses as intuition. Maybe a hint of an old fear nudges us warily yet ultimately proves to be nothing. Hey, it's not 100% accurate but it’s still a great tool.)

Nonetheless, just as a smoke detector may sometimes give a false alarm, only a fool would ignore it in the future. So it goes with your inborn crystal ball. It’s a lifesaver IF we pay close attention. Do NOT explain away your suspicions. KNOW THIS: we tend to see and hear what we want to see and hear!

THE basic axiom of science is: “Skepticism is the only tool to find the truth.” And a skeptical attitude is crucial to enhancing your intuition. Predators usually don’t look dangerous (they're often skilled at looking normal) and they're masterful liars.

LISTEN to your intuition and honor your doubts! Live by the street-savvy maxim: When in doubt, leave it out! And, even if you live in Sleepy Valley, don't be naïvely trusting of unproven strangers. Be SKEPTICAL!

After parking one evening in her Kansas City apartment building’s parking lot, a woman heard what sounded like a woman’s voice coming from behind a garbage dumpster sobbing, “I’ve been raped. Please help me!” She rushed to the prostrate, long-haired figure only to be smashed in the face with a brick. A man with a woman's wig raped her then threw her, unconscious, into the dumpster.

A Brooklyn woman arrived at her apartment building to find an exasperated man standing outside, holding keys in his hand, lamenting having forgotten his keys. Assuming he was a neighbor who meant he’d forgotten the proper keys, she let him in with her. The con-man later pushed-in and raped a neighbor woman.

A Louisville woman discovered that her purse was missing from her parked car. The next day she received a phone call from a man who said he'd found her wallet and wanted to return it. When she arrived, she was robbed of additional cash and raped.

Predators choose the plan, the time, the place, and the prey. They have the advantages of deception, surprise, intimidation, and a familiarity with violence. Yet, clever lures and traps of criminal minds all depend upon one critical factor: the prey must be unwary, naïve, trusting, and easily bamboozled.

Paul Runge raped and murdered seven women in the Chicago area. He used various traps, such as seeing a room-for-rent sign and asking to look at it – or he'd post ads himself. He lured two of the women to his house with a promise of work as house cleaners.

Think of yourself as a member of a herd. Like lions, hidden predators lurk about searching for those not paying attention, those who’ve strayed too far toward the secluded fringe, those too tame to sense danger, those who think they live in Mr. Rogers' Neighborhood (it doesn't really exist). Always remember: predators often go hunting when and where their prey least expect them.

In New Hampshire, Andrew Patti had a queasy feeling about the teenager at his door, claiming car trouble, asking to use his phone. His story smelled phony. Maybe it was Patti's sixth sense that someone had been watching him through the window. Patti refused – fearing a push in robbery. Patti instead offered to call a local garage. But when he picked up his land-line phone, it was dead.

Robert Tulloch, 17, had brought along his 16-year-old friend, James Parker, crouched in a bush. They both had hunting knives. Before knocking, they had cut the outdoor phone line.

Months later, they conned their way into the home of Half and Suzanne Zantop, two Dartmouth professors well known for their kindness, and slaughtered them in a stabbing frenzy.

Some predators answer Lost and Found pet ads and insist that the owner come to an address to retrieve the lost dog or kitten – but are attacked instead. The endless varieties of traps have one common goal: to isolate the victim. That is your tip-off! Absolutely never let anyone isolate you – in your home or anywhere – not even for a moment!

Intuition in Battle and in your Life

The U.S. military and top universities are studying why, in a life-or-death situation, some people can sense danger and counter it long before others do.

They're focusing on how the brain interprets sensations in one’s own body and the body language of others – which is crucial to avoiding imminent threats.

Until recently, gut feelings were disregarded as obstacles to rational decision making. Now that position has reversed.

We now know that emotions can work to solve a problem, often before we’re even conscious of it. These processes are at work continually, in pilots, leaders of expeditions, parents, in all of us.


As the brain computes clues subconsciously, it sends out an alarm before you fully understand why.

Gut feelings about potential threats or solutions are not always correct, but intuition evolved for survival and save lives more often than not. Try to pay attention to yours.