Here's what crime victims can teach you about college security – and how to sidestep the hidden dangers. 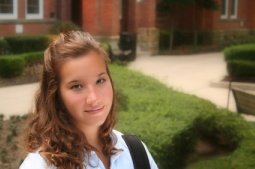 Just freed from their parent’s cocoon and dazzled by new liberties, many young students feel indestructible and give little thought to any possible dangers. It’s the 'it-won't-happen-to-me' mentality. Also, newbies are overwhelmed with all the adjustments to college life. On top of all that, the benign ambiance of a campus can lull you into a false sense of security.

Jeanne Clery, a 19 year old freshman at Lehigh University, was asleep in her bed when a stranger – a student – raped, tortured, and strangled her. Three doors should have been locked but weren’t. The university was such a safe-looking place, and their surprisingly high rate of reported crimes had never been disclosed to prospective or incoming students.

Her parents started an organization, Security on Campus, to force schools to disclose all crime on campus so students – and their parents – will be forewarned. In 1990, Congress passed the Jeanne Clery Act.

But campus disciplinary programs are not a court of law for acquaintance-rape cases and cannot mete out justice. Many women are unhappy with the result and end up leaving school.

Because it's hard to sort out the truth of conflicting claims, schools emphasize prevention. The most effective programs get students talking about the risks of drinking and the meaning of consent.

See Clery Center for Security On Campus to help you choose a safer school or be more aware of the risks at the school you're attending. But even with Full Disclosure laws, you can still be unaware of UN-disclosed:

University of Florida Gainesville campus police began receiving complaints about student Boyd David Hodges. They learned that a registered sex offender had been admitted without their knowledge.

Sex offenders are legally required to register at the local sheriff's office about their enrollment in colleges. The sheriff is then supposed to notify college police. But that never happened. When campus police know sex offenders are enrolled, they notify faculty and staff, but students are generally not told unless incidents occur. 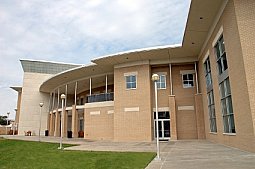 Why does the school wait until AFTER another "incident" before telling you that a schoolmate is a registered sex offender? That's putting you at increased risk without you knowing it – gambling with unknowing students as unwitting guinea pigs. Unlike the general public, a schoolmate has easier access to you. Apparently, the school thinks a registered sex offender's right to privacy outweighs your right to know you’re in danger. How’s that for campus safety?

Some security officers pound on dorm room doors at dawn to remind students of their vulnerability. They find many doors unlocked despite hallway signs reminding students to lock their doors.

Police say many students talk on their cell phones or listen to music through ear buds while walking alone – distracted and oblivious to their surroundings. And they'll post personal information on social networking sites. They're rolling the dice again and again.

Gamble in Vegas – not in your life.

College women are in greatest danger during their freshman year, according to the U.S. Department of Justice. Yet colleges keep selling themselves as safe places. They fear being the only college to tell the truth.

In the late 1960’s, John Norman Collins, a handsome, University of Michigan Ann Arbor college student, went to parks to meet young women and take them for motorcycle rides. He tortured and murdered them all.

Yet young women still often meet handsome young men and go wandering off with them. A chance encounter may quickly become an impromptu date with the woman too enthralled to think about security. That is precisely what predators count on.

College applicants don't receive psychological screening, but experts say that there are no reliable tests that predict criminal behavior, anyway. Still, it's a mistake to assume that a schoolmate is somehow less likely to rape. Social status has little to do with being trustworthy.

From the rape-prone man's perspective, sex is a game, and women who say "no" don't really mean it. The man might have had dates in which a woman initially said "no" then changed her mind. Thus, a morally-deficient man thinks she’s just saying “no” so she won’t appear “easy.”

Most offenders don't see crying as saying “no.” Some offenders feel ashamed afterward and swear they’ll reform. Other offenders believe that's how sex works and they keep getting away with it. That's one reason women must report their rapes.