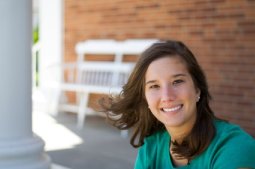 Outdoor safety means knowing that friendly predators use charm and hard-luck scams to get near you or isolate you before they attack. Your friendly, welcoming, trusting, gullible, and naïve attitude toward seemingly harmless strangers makes you an easy target. You can be polite but still warily skeptical.


A young woman was staying with her family at a motel when she met a nice young man hobbling down the hall on crutches who asked her for help getting into his room. It was mid-day, he was well spoken and groomed, barely able to stand up, and her family was close by. Once again serial killer Ted Bundy snared a helpful victim.

Of course, since "hindsight is 20/20," it's obvious that she could have instead gotten other family members or motel staff to help her help the “handicapped” monster. Now you know better.

A friendly predator may be good-looking, well dressed, charming, and acting oh so harmless. He may have a uniform, official-looking vehicle, or a female partner. He may hold a baby in his arms and have a gun in his pocket.

The lures usually catch you by surprise and trap you in the blink of an eye. From clumsy to clever, all lures boil down to one simple warning sign: he’s trying to get near you or isolate you.

He’d flatter a young woman, tell her he was recruiting models, tell her she was beautiful, perfect. He promised to teach her how to pose, how to walk. He promised glamour, celebrity, riches, and magazine and TV ads. He was very convincing. Young, insecure girls trusted him – until he lured them to secluded spots and raped them.

Lures include a mugger helping you with a flat tire on your parked car (that he’d flattened) to a serial rapist following a woman from a store to her car with a five-dollar bill he said she’d dropped. If she opened her window, he had her.

Anywhere from 50 to 2,500 serial killers operate in the United States at any one time – according to FBI estimates, as well as a far greater number of serial rapists and robbers. Expect anything; suspect everything. You needn’t be paranoid, just warily skeptical of anyone approaching you.

A man stopped his car on a lonely road near Pittsfield MA to tell a woman hiker of a rabid raccoon up ahead and offered her a ride past it. She declined and headed back home. Months later, she saw him in the news for a series of rapes.

Joe Noriega’s method was to ask young girls at bus stops in Fresno CA if they wanted to be shown a shortcut home. But once the seemingly friendly guy got them alone, he violently raped them.

Two women were walking home in Calgary AL when a man, posing as a gentlemanly guardian, offered to escort them even though the women repeatedly insisted they did not need his help. As they reached a dark area, he ran off with their purses.

Chadwick McCoy lured a girl into his car to go to a secluded spot in Edmonton AL and smoke marijuana. Once there, the girl realized McCoy had no drugs and tried to escape, but was raped. She said he'd seemed so nice, but then changed into a demon.

Predators often appeal to a victim's sympathy, like the man with a plaster cast on his arm asking a woman at a lakeside park to come help him with his boat. He crushed her skull with his phony plaster cast – another ploy of serial killer Ted Bundy. Later that day, he used the same lure to kill a second woman.

She was riding her bicycle when a driver asked her for directions. As she looked for a map, the man suddenly forced her into the woods and raped her.

Frankie was walking past a tavern late one night when a pretty woman staggered out the door and asked him to walk her home since she’d had too much to drink. Frankie was escorting her past an alley when two men suddenly appeared. She instantly sobered up as her partners mugged Frankie. A damsel in distress is an age-old lure known as a "honey trap" to target men. Different versions target female victims.

Theresa was strolling in her quiet neighborhood when a man pulled up in a car to ask for directions. She began to direct him when he interrupted, “Please speak up, I can’t hear you.” As Deborah spoke louder and moved closer, he suddenly grabbed for her arm and began to open his car door. Dodging, she dashed away.

Don’t give directions. Just say, “Sorry, I don’t know.” Or keep a safe distance (at least six feet) from any stranger and don’t turn your back to them while pointing out directions. Many crimes begin with initially non-threatening conversation. For outdoor safety, especially beware of any physical interaction, like stepping close to look at his map or paper with an address, etc. Stay at least six feet away (though that's no guarantee).

Some muggers act like homeless people, approach someone, ask for some change, make some small talk. When friendly, sympathetic people try to help, it suddenly becomes a violent robbery.

Most attacks begin with a friendly predator "interviewing" you while getting into position to attack, warns Mark Mac Young, author of many street survival books. The selection process takes only a few seconds. He'll usually ask for a favor.

The most common set-up question is, “Excuse me, do you know the time?” He has an excuse to move closer as he gauges how hard or soft you are.

A Chicago woman approached a half-dozen female drivers, said she locked her keys in her car, and asked for a ride to a locksmith. Once inside their cars she pulled a knife and robbed them.

Stay away from anyone with sad stories, asking for directions or for the time, etc. A predator’s "conversation" is a form of testing. Tough targets tend not to be selected. Refuse all requests. You’re not obligated to chitchat. For outdoor safety, it's far better to overreact and be rude than to end up a victim.

A sudden threat forces you to make split-second life-and-death decisions. Understanding your options now will help your intuition choose an option then. See a victims options - overview and Set Your Boundaries at facing danger.

I once took a test to see if I could spot a serial killer's photo. The test had a pair of photos side-by-side – one of a serial killer and one of a Nobel Prize winner. Neither of them were well-known to the public. I had to guess which was which. There was a series of 20 pairs.


I guessed correctly about half the time – which, statistically, is random chance. It surprised me. I'd always thought I had good radar for bad guys – but I didn't. It might've been because they were photos only and I wasn't able to judge their mannerisms (or "vibe") or the situation – otherwise maybe I would've scored a bit better. But maybe not.


The point is: don't be too sure about your radar (intuition) always warning you of danger - it's not perfect. Even if your intuition is quiet, it's better to err on the side of caution by playing it safe.


Also see a wolf in sheep's clothing and mind games.

Enhancing Your Options for Outdoor Safety

Deter a predator by carrying a personal security alarm (screamer or noisemaker) & pepper spray in plain sight. Those pages show you how to most effectively use them.