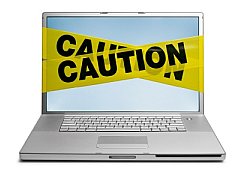 Cyber Stalking (or cyberstalking) is the hidden threat of the Internet. Learn how to stop it, and better yet, how to avoid it altogether.

A woman recently removed her nameplate from the tenant directory at her apartment building, and asked the landlord to disconnect the buzzer, and is changing her phone number.

She’s been bombarded with lusty phone calls, email, and even visits from strange men – all because someone, somewhere online, used her personal information to promise hot sex to any man who contacted her. She also found two dating sites where her name has been used without her knowledge.

She’s a victim of one form of cyber stalking. Other victims of anonymous cyber attacks include players of online fantasy sports leagues who’ve angered a competitor, and either the seller or the buyer in eBay auctions. It’s known as “Internet road rage.” 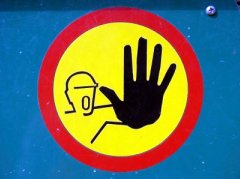 State laws usually define stalking in general as a malicious pattern of harassment that would instill fear in a reasonable person. Roughly half of all victims are verbally threatened, two percent are murdered (usually ex-partners), and many victims suffer from anxiety, social dysfunction, insomnia, and depression for an average of nearly two years.


The electronic version, cyberstalking (whether online or by cell phone) often results from people naïvely revealing too much personal information to a world of potential stalkers and identity thieves.

More than 100 new cases of cyberstalking are reported each week of someone intimidating another person on the Internet. Security experts recommend using a free email account in chat rooms and a private address for friends.

Anyone who lets an obsession take over part of his or her life can become a cyberstalker. Surprisingly, it's often lawyers or doctors. Most of them stop after being contacted by authorities.

Yet stalking through the Internet continues to grow. Making matters worse are the social media sites (Twitter, etc.) that try to connect you more closely to strangers. And matchmaking sites often have “rejection revenge.”

A woman was cyber-stalked for five years. It began on forums, then Facebook and Twitter. The police couldn’t track the stalker. On her own, she found out the name, reported it to police and they arrested a 29-year-old woman. But all she got was a police warning.

Obsessive stalkers target two million people – the average case lasting 18 months. And roughly 80% of stalkers target more victims after being convicted of one crime. Their severe psychological disorders can’t handle rejection; each offence tends to get worse – even violent. Each victim will be in more danger than the last.

Watch for anything that feels creepy or intimidating. Take it seriously and document everything to help police prosecute the stalker.

Despite the social media’s sloppy protection against cyberstalking, and the nature of the Internet in general, there’s still quite a lot you can do.

How to prevent Cyberstalking through Social Media

The Facebook default for Privacy Settings is "Everyone" – which exposes you to cyberstalking and identity theft. To change that:

If you plan to use Facebook on an insecure network, like a public Wi-Fi hotspot, first set the encryption option (https) to protect your personal account from being hacked. The “s” in https stands for “secure.”

Do the same (or similar) on all your social media. The controls are usually difficult to find. They care much more about their growth than your privacy security.

[If you want to DELETE your Facebook account (not merely deactivate it), do a Google search for "how to delete my Facebook account" (without the quotation marks). Facebook doesn't want you to delete it, so they made it complicated, but there are excellent articles online that'll take you through the steps to permanently delete it.]

QUESTION: A woman was contacted by a man on Linked In (a business/social site) who knew her former boss. He said he needed help with her area of expertise. She posted back to be polite and asked specifically what kind of help he needed. He posted back – never answering her question – trying to get her personal email, phone number, and to meet her in person. She didn’t respond. He then posted twice more. She started getting scared and with her work published on Linked In, she worried that he can figure out where she works and lives. Should she post and ask “No thank you. I am not interested. Do not contact me again.” Should she do it now, or wait to see if he posts her again?

ANSWER: She should continue to receive his posts (though never reply to them) and keep them for evidence in case she ever needs to file for a protection order from a court.

Stalkers are often the weirdest of the weird and their behavior is unpredictable. But since he hasn't yet invested much time/emotion in her, and if he gets NO reward from her (that even includes “screaming” at him), he'll likely just wander off to the next target – as stalkers usually do. (By the way, a victim should never angrily insult a stalker. That just might fire him up for revenge.)

She should contact Linked In. They get many stalking cases (photos of attractive women attract stalkers like blood attracts sharks). But since Linked In is more business than social, it might be more responsive than the appalling Facebook policies (ever-shifting and hard to find the “controls”).

Linked In can check his overall behavior on their site to see if he trolls there for other targets (he probably does), see if there are prior complaints, and keep her complaint on file. Then they might ban him altogether.

To better avoid stalking through the Internet (and avoid identity theft), make sure you have up-to-date anti-virus software, a firewall, and remember that criminals disguise themselves as friends and there's usually no way to confirm who is on the other end.

Also, a malicious virus can infect a friend's computer without your friend knowing about it. Then their computer can send you the virus. That's how my computer died a few years ago.

Now I never open any email attachment from ANYONE unless they've already specifically told me they're sending it - AND if I know they've recently done a virus check on their computer.

If You're a Victim of Cyber Stalking

• If you know the stalker, send him/her a clear written request to stop. Do this once only, then never again communicate with the stalker. Save copies in both electronic and hard-copy form.
• If the stalking continues, complain to the stalker's Internet service provider (ISP), as well as your own ISP. Many ISP’s have tools that block messages from specific individuals.
• File a report with local police and save copies of their reports.
• Collect all electronic and hard-copy evidence and document all contact made by the stalker.