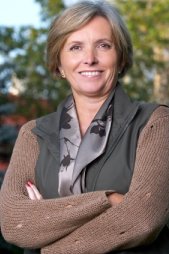 Rape Escape options have come a long way since the 1960's. Women were once taught to always surrender to avoid injury. Today, experts consider such one-dimensional advice outdated because it reflected society’s regard of any woman as being helpless against any man. You're about to discover powerful options you never knew you had.

A burglar, Dwight Coverson, removed his pants and leapt into the bed of a sleeping Curtescine Lloyd in Edwards, Mississippi. He punched and threatened to kill the middle-aged nurse unless she submitted to rape. Instead, she grabbed his penis with one hand, his testicles with the other and wrenched them in opposite directions. He screamed and pummeled her some more but she refused to let go. ... Withering, he began begging her to release him. She refused. They continued struggling as she led him to her front door. Forcing him to unlock the door, she shoved him outside half naked. The police found his pants with his nametag on her bedroom floor. They found him at his home, bemoaning his bruised genitalia.

A friendly predator strives to appear normal. You'd never suspect him by judging his looks or behavior. It's not until he springs his trap that you learn the truth. To facilitate rape escape, ignore his clever lies and instead watch for his underlying intent: to get you alone in a secluded place or into a car – that is your tip-off.

[Multiple rapes ("gang," "party," or "pack") are usually an escalation of a mob-mentality. Oftentimes, stopping the first one stops them all - as shown in Surviving the Worst]

Acquaintances of the victim commit roughly 85 percent of all rapes. Most of these are date rapists but might be any acquaintance – possibly with delusions that the victim secretly desires him. Surprise and confusion might inhibit the victim from seriously hurting him to allow escape or reporting someone she knows, so many acquaintance rapes are not reported to police. Overall, serial rapists (both stranger and acquaintance) average seven victims before their first arrest.

At one point, serial rapist Troy Graves apparently believed that he could win the heart of one of his victims after he raped her in Philadelphia. He later confessed that he planned to take out a personal advertisement asking to meet her for a date.

It's not uncommon for a rapist to fantasize that during the rape, the victim will fall in love with him. Of course, that's not going to happen. But his fantasy continues - maybe the next one will.

• Rapist Types: empowering insights into the minds of rapists.
• Rape Prevention: confronting a predator effectively.
• Ultimate Rape Prevention: options for disabling a rapist’s tool of crime.
• Rape Survivors: counseling needs for rape survivors and her loved ones.
• Choosing a Self-Defense Class to prevent rape and/or help a rape survivor regain control of her life.
• Verbal Self Defense to escape from danger.
• Self Defense Techniques
• Recap of Rape Escape Options.

Enhance your options. Deter a predator by holding Pepper Spray & a Personal Security Alarm (noisemaker or screamer) in plain sight. Those pages teach how to use them most effectively.