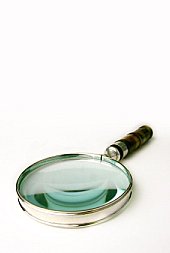 Do supposed crime experts endanger your safety? Urban Myths debunks their urban legends and folklore that do you more harm than good.

Though urban myths take forever to die out, at least you will know better after looking at them more closely.

If a supposed "expert" recommends even one of the following tips, you'd better doubt his/her wisdom in general. Despite their good intentions, beware of their bad logic. The road to hell is often paved with good intentions.

1. Yelling “Fire!” to attract help during a crime.

NO! Instead, yell the truth: "Help! Police! The harebrained strategy of yelling "Fire!" was devised by a newspaper columnist in 1963 and grew into “folk wisdom” still taught today by unquestioning "experts." See Kitty Genovese Syndrome & Yelling “Fire!” to learn better, much better.

2. Throw a shoe through a window to attract help.

DOH! A man attacked a woman on a street one night, and during a struggle, she threw a shoe and smashed a window of a nearby home. The homeowner, rushing to investigate the crash, caused the attacker to flee. Now some experts actually recommend this supposedly savvy strategy – though it relies on enormous luck.

Can you get a shoe off quickly? Is there a window nearby? Is your shoe heavy enough to break it? Can you throw accurately – especially while being attacked? Is anyone at home? Just one “No” answer to any of these five questions renders this strategy useless.

Instead, see “Set Your Boundaries” at Facing Danger and deter a predator by holding Pepper Spray & a Personal Security Alarm (noisemaker or screamer) in plain sight.

3. Psychoanalyze a rapist during an attack.

Forget about it! An FBI “expert” actually told me that, instead of self-defense classes, all females should take a college-level rape-prevention psychology course so they can try to talk to an attacking rapist to determine which psychological profile he fits into. Presumably, she could then more effectively talk him out of raping her. Sheesh!

First, most victims are raped in their teens before they’ve had a chance to go to college. Second, many women never go to college anyway. Third, even the best psychiatrist probably couldn't successfully diagnose – and verbally dissuade – a rapist during a violent attack. A layperson would have even less chance.

Sure, try to talk your way out of an attack – but instead of psychoanalyzing a rapist, learn the strategies at Victim’s Options - Outsmarting and Verbal Self Defense (as well as Self Defense Techniques).

4. Kidnappings of children by strangers are rare.

FALSE! A half dozen highly publicized child kidnappings and murders in affluent neighborhoods shocked the American public in 2002. Flooded by calls from panicked parents, law enforcement officials scrambled to reassure them that “kidnappings of children by strangers are rare.”

But that’s not true. It's the 50-100 murders and the 50-100 ransoms or permanent disappearances that are relatively rare among the roughly one million U.S. children reported missing each year (the vast majority are kidnapped by a parent in a custodial dispute, followed by runaways).

Know this: the 58,000 children kidnapped by acquaintances or strangers (mostly for short-term sexual molestation) are certainly not “rare.” Add to that the FBI estimate of another 150,000 failed kidnapping attempts by strangers. That means a total of more than 200,000 children are targeted each year! That gives parents 200,000 reasons to remain hyper-vigilant – not "paranoid," but always choosing child safety over lax parental supervision.

5. Before you answer the doorbell when you’re home alone, call out loudly, “Max, hold the dog while I get the door.” Supposedly, a predator will leave if he thinks you have both a man and a dog nearby.

Too risky! Bluffs are always risky – and you’re in deep trouble if they fail. It’s better to follow Home Security - Push-In guidelines for answering your doorbell. After all, a predator with a gun might not care about a man and a dog – he can just shoot them. Save bluffs, such as Victim’s Options - Outsmarting, as last resorts for crises.

A much better solution is to always use peepholes before answering doors. You can supplement them with a Home Intercom System.

6. Walk in the middle of a sidewalk in a scary neighborhood so that it’s harder to grab you from doorways, bushes, or cars parked at the curb.

DOH! Oh please! Most sidewalks are only about five feet wide. Are predators' arms too short to reach all the way to the middle of a sidewalk, or are they unable to step toward you? There’s no need to clutter people’s minds with this silliness – things that people would do instinctively anyway for whatever little advantage it provides.

7. Get a purse with steel wire in the shoulder strap so that a purse-snatcher can’t cut it with a knife!

This is dumber than mud. Now, do you really want to aggravate a desperate criminal while he’s already got a knife slashing away very near you? This drivel could kill you! Instead, just give him your purse and hope he immediately flees – leaving you unharmed.

Better yet, keep only non-valuables and a dummy wallet containing expired credit cards and a wad of dollar bills in your purse. Keep your real wallet in a hidden money belt or in “stash” clothing with secret pockets. Give a mugger a dummy wallet stuffed with small bills, then run to safety.

8. Look under your car before you get in. An attacker may lie-in-wait there and grab you as you get in!

Why? Supposedly, once upon a time, a skinny mugger crawled underneath a car, waited for the owner to return, slashed her ankle, then crawled out and harmed her further. Hmm... sound a bit farfetched? Perhaps, once upon a time, it was one thug's strategy, but it’s far too cumbersome to be common.

Criminals look for easy crimes. Crawling on dirty ground under a dirty car (if he can fit) with a hot exhaust pipe, and waiting there for perhaps hours (or even days) until you return so he can attack your ankles is not an easy crime. It’d be much easier for him – and far more likely – to crouch down and sneak between parked cars toward you. That is where your attention should be – not contorting yourself to look under your car.

Have your keys ready in one hand before you enter the parking lot, have pepper spray held high and ready in your other hand, and warily watch all around. Get in your car, instantly lock the doors, and drive away immediately. If your car is disabled, do not accept help from anyone (he may well have disabled it), and go to an active area where you can safely phone for help. That is parking lot safety, not looking for ankle-biting trolls.

9. Let your family know your intended route before you go out.

Why, so they’ll have a starting point to search for your body if you disappear? Big deal! This is the usual advice the police spew when a serial predator is on the loose. Wouldn't it be better to actually avoid disappearing to begin with? See Outdoor Safety - Predator’s Favorite Targets.

10. If your child suddenly goes missing from a family picnic at a park, go downwind from your child, close your eyes, and sniff the air for the child’s scent!

This is downright stupid! A crime prevention “expert” actually put this gibberish in his book, some idiot actually published it, and many TV news/talk shows interviewed him to peddle it. Let’s connect the dots:

a. Does your child have a strong odor or do you have a bloodhound’s nose?
b. What if there’s no wind?
c. Even if there is a wind, how can you know where “downwind” is in relation to your missing child if you don't know where your child is? Hello?


The Wind-Sniffer also has an audio theory. He says to squat down to your missing child’s height so you can hear each other’s voices. Otherwise, your height difference renders your calls inaudible. HUH? So why can I hear a dog barking in the distance? I’m sure I’m taller than the dog. Yet this guy is supposedly an “authority.”

Beware of all crime safety tips from law enforcement agencies, media reporters and columnists, crime prevention teachers, and authors. Contact me if you disagree with any of my Urban Myths critiques

• GPS Child Locator: a child tracking device alerts you if your child wanders beyond a distance you choose. A variety of models are available. I highly recommend these if used with the utmost parental discretion.
• Personal Security Alarm (noisemaker or screamer). An attacker won’t likely chase a noisy target. And an alarm can call for help if the child is lost – especially if they know the simple distress signals shown on Survival Options - SOS.
• See Child Safety Overview for links to complete child safety.