Stress Control is to choose between acting courageously or helplessly. Everyone is born with the survival instinct and choosing courage can make all the difference in surviving.

She stepped out of the shower and found a burglar waiting for her. A kicking, howling battle took them through her Long Island NY home until he fled. Her worldview permanently changed. Now she wondered what kind of fool would be nonviolent in a violent world? If she hadn't fought violently, she believes she would have been raped and maybe killed. Before then, she thought it would never happen to her. Now she has learned to be skeptical and wary. She knows she is prey.

The typical dead strangulation victim is found with her killer’s skin-scrapings under her fingernails. She’d struggled courageously but futilely by clawing at his hands. Sadly, she didn’t know the lifesaving tools in Self Defense Techniques

Ask yourself now: if you're willing to hurt or even kill an attacker when necessary to save yourself or a loved one? If a pacifist chooses to sacrifice her own life in order to spare a monster, then so be it. It’s her choice.

Or maybe you think the fighting options strategies are too gruesome for you. You may think so now as you’re reading this under no stress, but if ever you’re fighting for your life, you’ll think differently. When your survival instinct comes roaring to life to save you, you’ll want the most effective fighting tools – gruesome or not - to augment your:

Ann-Margret Gidley and her co-worker, Annie Hubbard, heroically jumped a madman in their New York City restaurant rampaging with guns, a sword, a box cutter, kerosene and a lighter. They held him away from his gun and his lighter until police arrived. They're ordinary people who performed an extraordinary act.

"Courage isn't the absence of fear. Anyone without fear is either irrational or insane. Courage is being afraid and still doing what needs to be done," said former New York City mayor Rudolph Giuliani of the police and firefighter heroes of September 11. He said he was inspired by Winston Churchill's leadership during the Nazis' blitz on Great Britain during World War II, whereby Churchill "created the belief that they were bound to win."

Desperation is the Mother of Courage

The survival instinct – the ultimate inborn life force – is sometimes overcome by a heroic sacrifice for others, by a stunned paralysis, or by a death wish. Otherwise, our innate drive to survive makes the weak strong and the fearful brave. Everyone is innately capable of choosing to be heroic.

"Courage is resistance to fear, mastery of fear – not absence of fear. Except a creature be part coward, it is not a compliment to say it is brave."- Mark Twain 1894

Determination to win – even if it’s born of desperation – usually decides the winner of a fight – which is a contest of wills. U.S. military Special Forces personnel believe that survival is 10 percent skill, 90 percent will.

Rage is the Heart of CouRAGE

Fresh out of basic training, his unit was thrust straight into the thick of battle in Europe – scared, wondering who'd be the first to lose a limb or die. Pinned down for days on end and picked off randomly, they finally got tired of being afraid and began getting angry at the enemy causing them such fear. He said that's when they became warriors, fierce warriors. Anger overcame their fear. Rather than shrinking when seeing a friend die, they became enraged. They then fought ferociously for the remainder of the war.

Acting is dictating the action. Reacting is scrambling to catch up. Thus, "the best defense is a good offense." And the best state of mind is a fierce but controlled rage. Rage is the heart of courage.

Carry Pepper Spray & a Personal Security Alarm (noisemaker or screamer) in plain sight. Those pages tell you how to use them most effectively. 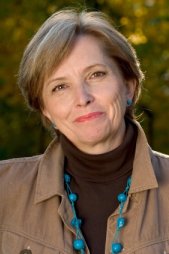