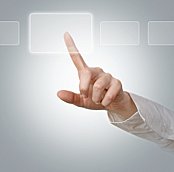 Outsmarting is the 3rd of 5 Victim's Options. Here are your verbal self defense strategies and crime prevention tips. Now is the time to see which strategies fit you.

When Ann returned home, a strange young man was ransacking her Charleston SC home and took her captive at knifepoint. He told her to go upstairs with him. She refused. She tried to calmly reason with him. She told him to take whatever he wanted – just leave. He loaded her car and drove off. She told him she wouldn't call the police. She lied.

Two men with knives invaded Kathleen Gregg's home, bound her face down on the floor, and began looting the place. She realized she'd be safer outside the seclusion of her house, so she told them she could get them money at the bank. At the bank, one of the men held a knife to her side as she asked a teller for money. She gave the money to the men, then bolted down a hallway and hid in a closet. They fled.

“Appeal only to his self-interest, never to his mercy.” So wrote Robert Greene in “The 48 Laws of Power” of the political and military strategies of the legendary Machiavelli, Sun Tzu, and Von Clausewitz.

Greene describes how predators use selective honesty and partial truths, play dumb, and get victims to “play with the cards he deals.” However, the reverse is true as well. You can be selectively honest, play dumb, and refuse to play with his cards. Mix truth and lies together.

As a gunman was robbing an Oklahoma store, he spotted a lock-box on the floor and demanded the key for it. The storeowner pointed to a key hanging on a nail just behind the gunman. As the robber turned for the key, the owner swiftly grabbed his own hidden gun and shot the robber dead.

Carla Rivera's ordeal started as she was pumping gas in Colton CA. A gunman demanded cash. She had none but said she had a friend who would give her some. Rivera drove him to where her husband works. Her kidnapper dropped her off to go inside and get the money, but not before warning her that he'd soon begin shooting. She entered the building and called police who shot him dead.

The most common question that precedes an attack on a victim is, “Excuse me, do you know the time?” The criminal assesses the victim and has an excuse to move closer. The best response is a simple “No” while making momentary eye contact. Project an attitude of "Buzz off, Bozo." Keep him in your peripheral vision while perhaps sticking your hand ominously into a pocket, waistband, or lapel and leaving it there – as though you have a weapon readied. If he calls your bluff by escalating to robbery anyway, tell him you'll slowly hand him your money then slowly hand him your money, and instantly flee to safety.

No, you don’t have a match, an extra cigarette or piece of gum. “It’s my last one.” No, you don’t know the directions to wherever. And, "No, you can't borrow my cell phone. The battery is dead." All said with a gruff voice. A criminal’s "conversation" is a test. Tough targets tend not to be selected as a victim. It doesn't matter if you’re considered rude.

(Better yet, don’t let him come near. Take an aggressive stance, raise a hand in a “Stop!” gesture, and fiercely tell him to "Stop!" If he persists, you’ll have more chance to flee before he gets near.)

Creative tactics like the ones below have saved people selected as victims. Choose the gambits that suit you, or devise some of your own. But be very ready to instantly shift gears and choose another of the victim's options, such as fleeing. surrendering, or fighting.
• Sometimes a belligerent thug will mistakenly believe you’ve insulted him. Even if innocent, don't argue with a fool – instead, simply apologize to placate him. One-third of all homicides arises from petty altercations.
• Befriend him. If you treat him with respect, it might be harder for him to depersonalize and attack you.
• Rather than argue and dictate your wishes to him – ask him what he wants. Not that you’ll necessarily grant his wishes, but you may discover a compromise or solution. Of course, never trust his promises.
• Appeal to his pride. Act like you expect him to behave honorably.
• Tell him, “God is watching you. Now is your chance to redeem yourself in His eyes by leaving peacefully.” Some criminals, believe it or not, are very religious.
• Ask him, “Is this really necessary?” Strangely enough, there have been times when this simple question stopped a criminal dead in his tracks as he pondered it.
• Pretend friends are about to arrive or are waiting for you nearby. He doesn't want witnesses.
• Look at an escape route and yell, “Officer! Officer!” Then run toward your imaginary rescuer. Criminals usually look around before pouncing but are quick to believe a cop suddenly arrived.
• Pretend the police have already been called and are about to arrive, “Oh, you’re the guy they called the cops for! They’re looking all over for you! You’d better run!”
• Claim to be a witch and threaten to cast a spell on him. Many people are superstitious and gullible.
• Fake insanity, an epileptic seizure, heart attack, asthma attack, or pretend to faint.
• Sometimes, a thunderous command to “STOP!” – as a parent to a child – will dissuade him.
• Lull him into dropping his guard – to precede your sudden switch to fighting and/or fleeing.
• Act like you’re a raging maniac, howling loon, or barking madwoman. This is a powerful tactic fully explained in Animal Role-Modeling and Psycho Psyching in Stress Control - Optimal Mindset.

Armed fugitive, rapist, carjacker, and killer Brian Nichols took Ashley Smith hostage in her Atlanta apartment. She kept calm. She tried to win Nichols' trust by telling him about her life. She talked to him like a mom, treated him like a man in pain and found things they had in common. She prayed. She asked him to think about his victims. She confronted. She convinced. She made him breakfast. The one thing she didn't do was whine. He finally let her go.

The home invader threatened to kill his Sarasota victim unless she looked away. She said her grandson would be returning soon, but he threatened to kill both of them. She tried to befriend him. She told him they should stick together because they're both poor. She led him to her purse in the kitchen and offered him beer. He later left her unharmed.

Both victims apparently did the right thing by talking to the criminal, but that depends on each individual case. The victim has to see whether or not it's working. If he becomes more violent, obviously it's not working and the victim needs to rethink her strategy and shift to another of the victim's options.

See The Lie You Desperately Want to Believe in Surrendering.

Victims must guard against the pitfall of mirror imaging: wherein a victim projects her values onto a predator without realizing how evil his mind-set is. We tend to see and hear what we want to see and hear – hoping for the best while trusting a deceptive predator. Instead, outsmart him!

I ran a gym surrounded by drug dealers, prostitutes, and thugs in the meatpacking district of Manhattan’s far west Greenwich Village in the mid-1990s. The members, typically vibrant New York artists and professionals from around the world, were buzzed-in the locked door as they arrived. I supervised their fitness and rehab exercise and taught one-on-one street fighting – they loved gaining the savvy as much as the bragging rights.

One day as a member entered, a thug tailgated in behind him and immediately began brazenly snooping and darting about looking for loot. I slipped a monkey wrench into my back pocket and casually went to greet him.

I played dumb and, assuming the thug was armed, welcomed him as though he was a prospective member even as he rummaged for plunder. I ended my quick pitch with, "You’ll like this gym as long as you don't mind working out with all those loudmouthed off-duty cops." Nodding toward the macho young lawyers and stockbrokers braying and pumping in the exercise area, I sneered, “Just listen to them!” Taken aback, the thug muttered a curse and abruptly left empty-handed. No cops were there, but the thug believed my bluff.

I’d opted first for outsmarting. But, had the thug started to pull out a weapon (which he probably had – otherwise he wouldn’t have been so bold), I was ready to either Surrender or, if I beat him to the draw, Fight – by bashing him with my monkey wrench. • Do not believe his promises. Never trust him. After all, a criminal survives by lying.

• See Verbal Self Defense.
• Pretend to welcome the assailant and invite him to a place of your choice (that provides a prior escape).
• Act repulsively or insane, urinate, pick your nose, drool, or pretend to be sick by gagging and/or vomiting.
• Lull him into dropping his guard – to precede your sudden switch to Fighting and/or Fleeing.


Dr. Pauline Bart, studying victim's rape prevention strategies at the University of Illinois, found that the more strategies a victim uses, the more likely she is to escape with minimal injuries. If outsmarting or faking surrender fails, be ready to execute fight or flight.

Carry Pepper Spray & a Personal Security Alarm (noisemaker or screamer) in plain sight. Those pages tell you how to use them most effectively.