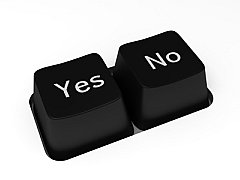 Surrendering is the 4th of the 5 Victim's Options. While there's no one answer for all situations, we can still learn precious lessons from crime victims.

I've interviewed women who'd surrendered to kidnapping, were taken to a secluded location, raped, then left otherwise unharmed. The same goes for women who were already in a secluded place when attacked.

I've also interviewed women who'd surrendered to being tied up and weren't otherwise physically violated at all, but merely robbed. But I met only the ones who'd survived. Homicide detectives deal with the ones who didn't.


The risk of surrendering is that a criminal who threatens violence is more likely to use violence after all. He's probably a repeat offender, skilled at manipulative threats and false promises, and very willing to further harm his victim - perhaps on a whimsical last-minute decision to eliminate his only witness.

If you see a stranger-rapist's face, or get his name, or you can somehow identify him, and he knows it, it’s especially important to escape from him, even if he has a knife and you're risking injury. Because, if he's experienced, he might kill you to leave no witnesses.

Surrendering to rape, kidnapping, and/or binding might well lead to torture and murder. Having a helpless victim fully at his mercy often drives a predator to power-madness – erupting in a sudden frenzy. However, some helpless victims succeed in befriending their captor – see Hostage Taking and Hostage Survival. The following lessons shed light on this dark issue:

These Rape Victims Surrendered – and Survived

She found Curtis Vance in her Pine Bluff AR house when she got out of the shower. She told jurors at his trial that she lhinks she survived his attack because she obeyed him and didn't fight back. Vance also raped – and murdered – Little Rock TV news anchor Anne Pressly (who had fought back).

A Cape Town SA mother found herself sprawled on her back, clutching her baby, as a home invader held a knife to her throat. She did her best to keep him calm, to feel that he's in control, that she won't threaten him, and do everything she can to help him. She gave him what little money she had and her gold wedding ring. He slowly returned the ring and left. She's lucky he had a heart.

Should you surrender or fight back? There's no black or white answer and no solid statistics to guide victims. However, almost all experts agree that surrendering is probably the worst choice in most cases (at least 51 percent but probably higher). A victim can only rely on her Intuition to choose one of the five Victim's Options.

Victim defiance, in general, includes fighting and also non-violent, non-compliant physical resistance such as clamping your limbs around a stationary object to hinder being carried away. Yelling is another form of defiance. If a predator says, “Don’t yell,” he’s really saying that yelling would help you and hinder him. So yell as loud as you can!

An armed Edgar Rene del Cid-Perez entered wealthy Karen Maffucci's Bernardsville NJ home through an open door to her attached garage, bound her and demanded money. Instead of fighting or angering him, she obeyed, then waited until she was left alone awhile before escaping.

• Letting a robber have your valuables. No surprises – tell him beforehand that you’re reaching for your wallet, then slowly do so.


• Giving a burglar an escape route. Let him get away, or you should flee.


• If a burglar inadvertently awakens you in your bedroom, you might try to pretend you’re still asleep until he leaves. Or surrender if your Intuition tells you that's best. See Verbal Self Defense. But be ready to instantly erupt in a rage to fight for your life - as shown in Self Defense Techniques.

• If he has a weapon, you might surrender but remain alert for opportunities to surprise-attack him and escape. (See Survival Options - Kidnap Survival.)

The Lie You Desperately Want To Believe

Renowned authors Sanford Strong ("Strong on Defense") and J.J. Bittenbinder ("Tough Target") point out that: when someone is told a lie they desperately want to believe, they’re going to believe it, as when a predator tells his prey, “Do what I say and I won’t hurt you.” Anyone using threats of violence is likely to use violence after all.

He ignored her pleas for mercy. She couldn't make him see how wrong his attack was. He treated her like her life had no value. He was just going to toss her aside like garbage when he was done. She believes with all her heart that he planned on killing her and would've done so if that jogger hadn't come along the path in Easton PA.

Begging is usually futile because it often thrills and emboldens the rapist. Studies at Brandeis University showed that, in unarmed attacks, the women most apt to be raped or harmed are those who do not fight back, relying instead upon begging or reasoning with their attackers. Furthermore, most untrained women who do fight back successfully prevent the rape. The techniques in Fighting Options Overview will further improve their odds.

Women were once taught to always surrender to rape to avoid injury. Today, experts consider such one-dimensional advice outdated because it reflected society’s regard of any woman as being helpless against any man.

Today, most experts agree that yes, surrendering may sometimes be necessary to survive, but it puts the victim fully at the mercy of a possibly homicidal monster. While there is no shame in surrendering, it may not always be the safest option.

Anyone Surrendering To Any Crime

Somewhere between the two extremes of “never resist” versus “always resist” lies a middle ground. Whether you’re male or female victim facing any physical threat, you must assess your unique capacities as well as the unique situation, then trust your Intuition to guide you.

Abi Grant successfully fought off a serial rapist in Islington UK, but she didn't consider herself brave – because that implied women who didn't fight back were somehow cowards. She knew her survival had more to do with dumb luck than character. In the middle of the battle, her playing dead momentarily wasn't brilliant strategy – she simply did the next thing that occurred to her.

She Surrendered, Then Changed Her Mind

Gerald A. Lee came to her Atlanta-area house with a shotgun and wearing a ski mask. He beat and raped her. But when he threatened to rape her 6-year-old daughter, she grabbed a butcher knife and stabbed him. He stabbed her. They fought a back-and-forth, do-or-die battle. When it was over, the rapist lay dead in the yard. The heroic woman was stabbed 25 times. Her daughter, though, was safe. "It's amazing," police said. "Her will to live was stronger than his."

Surrendering - putting yourself fully at the mercy of a criminal - should be the last resort of your five victim's options. However, surrendering is a good strategy as a ploy to set the stage for an escape – especially when aided by a surprise, explosive Fighting Options - Sucker Punch.

To deter a predator outdoors, carry a Personal Security Alarm (screamer or noisemaker) & Pepper Spray in plain sight. Those pages tell you how to use them most effectively.