Primal Rage - safety for women. What to do when someone starts yelling at or threatening you. 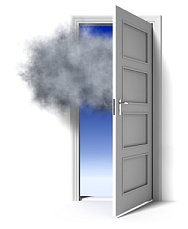 A woman was paying for her purchases in a New York City coffee shop when 21-year-old Berta Rakhamimov started talking loudly on her cellphone. The woman asked Rakhamimov to lower her voice, then left the shop - with Rakhamimov trailing her. They began arguing loudly on the street.

First, Rakhamimov pushed the woman, threw hot coffee into her face, and then started punching, kicking, and biting her.

The victim was taken to the hospital with bruises to her body, coffee burns to her face and stiletto-heel injuries to her legs.

This instance stopped short of murder, but roughly one-third of all murders begin with a trivial squabble. These crimes are classified as Rage Disorder or Intermittent Explosive Disorder.

PROTECTING YOURSELF FROM RAGE DISORDER

Rather than arguing back with a hothead and escalating the situation, try to find a compromise (see Risks and Remedies), seek a nearby safe haven, or simply leave. You’ll NEVER “win” an argument with a raging loon anyway, so don’t even try.

See bizarre examples at Crimes of Passion – and learn how to avoid becoming a statistic. Also find personal security tips at Road Rage. Think twice before clashing with anyone. Then think again.

Primal rage includes road rage, domestic abuse, lack of impulse control, angry fits, temper tantrums, and breaking or throwing things. Having foul moods, getting easily annoyed, being quick to anger - all can simmer until the final straw explodes into rage - which can lead to violence, lawsuits, and jail or prison.

Robert Stewart killed seven residents and a nurse when he opened fire in a North Carolina nursing home. He targeted the facility because his estranged wife once worked there. His long-smoldering anger finally erupted. See survival strategies at shooting rampage.

Enhancing Your Self Defense

Deter a predator by holding Pepper Spray & a Personal Security Alarm (noisemaker or screamer) in plain sight. And those pages show how to use them most effectively.