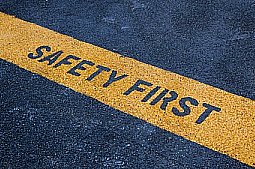 Car security includes dealing with road rage. The National Highway Safety Administration says aggressive driving is involved in two-thirds of the annual U.S. 40,000+ traffic deaths. As David Willis of AAA wrote, “It’s important to understand that you can’t control the traffic, but you can control your reaction to it. An impulsive action could ruin the rest of your life.”


Conflicts can push otherwise normal people to commit criminal acts of rage, such as using a vehicle as a weapon or attacking a driver or their vehicle.

Daniel Updike of Rochester NY gave another driver the finger – then learned he wasn’t bulletproof in his fragile shell of a car.

Harvin Daly honked at a car that was slow to move forward when an Orlando FL traffic light turned green. The driver of the sluggish car then shot him.

Always assume the other driver is an armed lunatic (whether armed with a gun or a car), and conduct yourself accordingly. Don’t provoke him to pull the trigger or swerve at you. The leading provocations of road rage are:

• Slowpokes in the fast lane refusing to move over to the slow lane. Worse yet are those who actually speed up to deny someone an opportunity to pass, then sadistically slow down again. Though richly deserving to be drawn and quartered, these belligerent clots in the traffic arteries must be ignored. Let the police deal with it.

• Driving while talking on a cell phone. Distracted by a remote conversation is very different from a conversation with a passenger. These drivers weave and wander about dangerously as though they’re intoxicated. And TEXTING while driving is downright LETHAL!

• Competitive driving – those pinballing through traffic and endangering the safety of everyone nearby.

• Tailgating – those who breathe down the neck of anyone in their path.

• Horn blowing and light flashing to demand right-of-way in the fast lane.

IF YOU'RE THE CULPRIT - MAYBE APOLOGIZE (CAREFULLY)

We have many easily-conveyed hostile gestures, such as shaking your fist or giving the one-finger-salute. Yet we have few ways to use body language to clearly signal that we’re sorry if we were in the wrong.

Perhaps a shrug, a sheepish bow, or maybe hang your head with your hand shamefully covering your eyes for a moment. Just be careful that your apology isn’t mistaken for a hostile gesture.

Be honest, admit you goofed, and be willing to tolerate a raised finger.

Don’t make eye contact, ignore any further hostilities, and drive on. Keep your cool and your distance. If harassment continues, try to safely pull over and stop so you can call the police on your cell phone.

A Drugs and Crime Prevention Committee of Australia survey of 1600 drivers found nine-out-of-10 motorists had been victims of road rage. For car security, the committee will consider introducing apology (or "thank you") hand signals with the apologetic driver holding up his/her hand near the rear view mirror with fingers splayed.