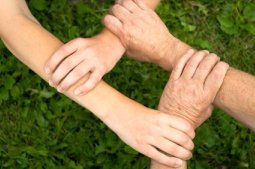 Workplace Safety Tips - resolving conflicts and workplace harassment - build a safety net before you need it.

There are three sides to a dispute: my side, your side, and the truth. - Proverb.

Defusing a conflict requires calmly finding out what the other person wants, not blaming others or calling names, and working together to create options that will satisfy both parties. Create win-win workplace safety situations by truly listening and communicating. Maintain your dignity while treating the other person with respect and courtesy. Keep your voice quiet and your tone flatly unemotional. The point is to negotiate on principle, not pressure.

If tempers flare nonetheless, don’t argue, confront, or humiliate. Degrading his dignity only inflames him further. Control your own emotional reactions or things will only get worse. Actively listening to his angry complaints lets him feel he's been heard. Remain calm and don't physically crowd him. Instead, stand back in a neutral posture – neither threatening nor fearful – and control your tone of voice, volume, and rate of speech. Use soothing words to agree with him, and begin redirecting the conversation toward a resolution of what angers him.

Ask the aggrieved person to suggest a solution. He'll more readily agree to a resolution that he helped formulate, as outlined in “Getting to Yes: Negotiating Agreement Without Giving In” by Roger Fisher.

If tempers are getting out of hand, invent an excuse to leave the area and call for help from your supervisor or the police. If leaving is not an option, as a last resort, sometimes a thunderous command to "Stop!" – like a parent to a child – acts like a glass of water thrown in the face to shock a person to his senses.

IN CASE OF VIOLENCE

If a shooting rampage has already begun, people should flee toward outdoor exits rather than windowless, dead-end rooms. If trapped in a first-floor room, use furniture or anything to smash a window, if necessary, to allow escape. See Shooting Rampage. Also, if possible, use a fire extinguisher to spray a dense fog to block a shooter’s view as you escape.

In almost all cases of workplace violence, the perpetrator had an extensive history of violent behavior. He may have never been officially charged with a violent crime, but he has been behaving violently his entire life. Past behavior is the best predictor of future behavior.

The best way to ensure workplace safety is to not hire violent people in the first place. Employers must use thorough background checks and screening to detect a violent past.

Human resource and security personnel must watch for violent threats, have zero tolerence, and act swiftly to get the person out of the company. Firing dangerous employees can trigger violence, so employers should let the employee quit his job and keep his dignity, and then get him counseling for his problem.

Threats (by an unarmed person) are expressions of intent to inflict harm – almost always made by someone desperately distraught. Never ignore any threat. Never make counter-threats – yet don't show fear because it empowers the threatener by rewarding his attempts to intimidate.

Instead, try to reassure him by telling him, "You have good reason to be upset. In time, though, you'll feel less stressed and will find a better solution. You're too intelligent and dignified to do anything rash." As soon as possible, report the incident to your supervisor to make sure he gets the counseling he surely needs.

BUILD A WORKPLACE SAFETY NET BEFORE YOU NEED IT

When Comverse was preparing for layoffs, nervous managers wanted help with assessing safety risks. Local police put one uniformed police officer on site and positioned plainclothes officers nearby when someone considered potentially volatile was being laid off. No one reacted violently.

Watch out for workplace safety situations such as a/an:

• Robbery, usually of cash businesses. Don’t endanger yourself by interfering with robbers and thieves.

• Angry consumer, enraged over a dispute, showing up to get revenge.

• Employee’s spouse or partner, in a spillover from a relationship dispute, showing up to wreak havoc.