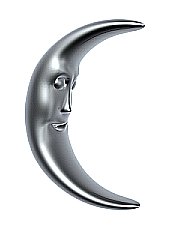 Fighting Options begins with looking at myths vs realities:

Myth: Size and strength determine the winner of a violent encounter.

Fact: A fight is not a weight-lifting contest. Sure, size and strength are major factors, but not as important as a ferocious, animal-like attitude that drives you, despite fear or injury, to perform absolutely any grisly tactic necessary to survive and escape an attack. The skills herein are pared down to an elegant simplicity requiring no extraordinary size, strength, or training – just a fierce will to survive.


Determination to win usually decides the winner. You don't win by defending yourself – you win by attacking (and even the biggest thug has delicate eyeballs and testicles).

Myth: Learning to defend yourself requires years of practice.

Fact: Not necessarily. For instance, the U.S. military doesn’t have years and years to train their elite Special Forces in hand-to-hand combat. They’re quickly taught to blind, deafen, maim, and kill – using simple, non-glamorous, no-nonsense techniques and embracing the motto: “Success in hand-to-hand combat is 10% skill and 90% attitude.”

Myth: The average woman doesn't stand a chance against a man.

Fact: Already, 60 percent of the untrained women who defend themselves against a rapist successfully prevent the rape. With the power of knowledge, more will succeed. See Rape Prevention.

A criminal predator doesn’t want to choose a tough target and risk being hurt. Instead, he’ll choose a seemingly easy target and scare her into surrendering. His intent will be robbery, assault, rape, or murder. If he wants only your valuables, give them up so you can escape unharmed. If he wants to rape or otherwise harm you, do what you must (as outlined in Victim’s Options: flee, outsmart him, surrender, posture, or fight).

It’s unlikely a highly trained combatant will attack you. Becoming so skilled requires dedication and discipline, and those virtues don’t fit the usual psychological profile of a criminal. The most likely unarmed attacker you might face will probably be unskilled, or at most, slightly skilled, and will likely use the “blitzkrieg” attack – a swarming, windmilling rush. The best response to that is the Clinch-Attack you’ll soon learn.

To deter a predator, carry a Personal Security Alarm (screamer or noisemaker) & Pepper Spray in plain sight. Those pages tell you how to use them most effectively.