Here's how to make 911 calls most effectively for when you need all the help you can get. 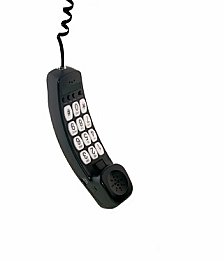 St. Petersburg FL 911 operator Ve'Etta Bess answered the call and heard nothing but screams. She heard a woman pleading with a man to let her go home. Bess kept quiet so the man wouldn’t know she was listening.

The woman begging for mercy had met registered sexual predator Tommy Lee Sailor at a bar; they ended up in his bedroom – where his sexual advances became violent. The woman secretly called 911 and let the line remain open.

Bess heard Sailor threatening to kill the victim for 15 more minutes as Bess traced the location of the victim’s cell phone. Finally she heard police breaking down the door.

What are the safety tips for women here?


1. Obviously, NEVER go anywhere with a stranger.
2. Do NOT disconnect a 911 call – leave the line open so the dispatcher can hear – and be able to find your location.
3. Realize that police sometimes rescue you almost immediately and other times they take far longer to arrive – 17 minutes in this case. Sometimes it might take hours. The average response time in the U.S. is ELEVEN minutes.

A 74-year-old Albuquerque NM woman saw a strange man in her back yard and called 911. She put down the phone with the line still open, and went to lock the back door. Too late. Gerardo Castelo was already inside and beat her, attempting to rape her. The 911 operator heard her screams and dispatched police to her home. They stormed the house as she bashed Castelo over the head.

To help Emergency Responders find you

• Have your address, cross-streets and a brief house description posted on your kitchen wall in case a guest of yours must call 911.

• Have six-inch high black-on-white (or reflective) house numbers installed on your house in a highly visible location – and paint four-inch black-on-white numbers on the curb or on a sign by your driveway.

• After 911 is called, if possible, have someone stand at the curb to wave down the emergency responders. A flashlight will help after dark. 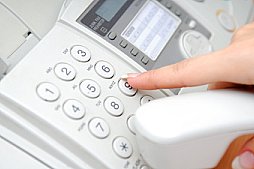 • Do NOT hang up if you reach a recording. Stay on the line and your call will be answered in order.

•When your call is answered, it might be transferred to another center – be patient and stay on the line.

• Answer all the dispatcher’s questions. Do not yell. If the emergency is such that you can only dial 911 but not talk, the police will respond to the address that pops up on their 911-computer screen.

• Don’t get upset if they’re "taking too long" or "asking too many questions." While one dispatcher is talking to you, another dispatcher is alerting emergency responders.

• After you’ve stated your needs, if you must rush off to deal with the emergency, do not hang up the phone so the dispatcher can still hear you in the background.

• Remember that the average response time nationwide is ELEVEN minutes.

• Do NOT hang up until the dispatcher says it's OK to do so.

• If you get disconnected while talking to 911, always call back.

• Secure any dogs that may interfere with the emergency responders.

Teaching Children How To Make 911 Calls

• NEVER say "nine eleven" – there is no eleven on the phone keypad. Always say "Nine-One-One" to avoid confusing kids.

• If you call 911 by mistake, do NOT hang up. Stay on the line to explain it was a mistake.

• Use 911 ONLY in an emergency, such as: if anyone is sick or hurt or in danger; or if the child is lost.

• Always call 911 from a safe place. If there’s a fire in the house, run to a safe place before you call.

• If you’re not sure if you have an emergency, call 911 and explain your problem.