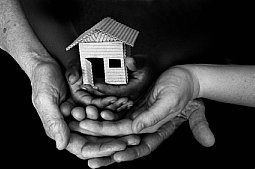 Here's what crime victims can teach you about home security. Your entire family must always keep all your doors locked – and guard your keys.

A Walk-In is when an intruder simply walks in through your unlocked door, or climbs through an unlocked window, or uses a stolen copy of your key. Roughly half of the 7,000+ home intrusions daily (2.5 million annually in the U.S. alone) are through unlocked doors or windows.


Four recent slayings in low-crime Atlanta neighborhoods have left residents locking doors, turning on alarms and taking note of cars on their streets. Neighbors say the shock of killings so close to home has shattered their illusion that their neighborhoods are truly safe.

In a series of rapes in Indiana, the rapist has entered the homes through an unlocked door or open garage door. Many of the victims were in their yards when he entered their homes and surprised them when they went inside.

A man is suspected of committing nine home invasions in Montreal. In one, Jacques Sénécal was fatally shot. The man used the same methods to gain entry into the houses – via windows left open during warm weather.

Criminals know that most people in “safe” neighborhoods have ridiculous home security by leaving their doors unlocked – many folks even brag about it. Criminals often simply try doorknobs then just walk-in. Some predators sneak in while you’re outside busy with a chore. If you do happen to notice this, first get a neighbor to call the cops before you rush back inside to rescue your family – because you might get trapped in a hostage taking situation and your best bet is to have help already on the way.

A man and a woman in Ontario were awakened and attacked by a group of intruders. It was unusual on the island, where residents consider themselves to be insulated from the problems of mainland cities. Most residents don’t lock their doors.

The robbery and slaying of an elderly widow has shattered the tranquility on the horse farms and estates of Northern Virginia – where people never used to lock the house. Seclusion has become threatening. The closest neighbor is often a mile or two away. The closest deputy is usually much farther.

Secluded areas greatly benefit predators because there are few, if any, witnesses to see them or hear their victims screaming. Secluded homes need more – not less – home security.

What's Your Excuse for Not Locking Your Doors?

He broke into the Chicago home, stole a game system and camera, and pawned the loot but realized camera accessories were missing. The next day he entered the same house through an unlocked door and found a teenage girl lying on the couch. After a struggle, he stabbed her to death [even after a burglary, it was unlocked!]

Christy Curry Laing, Jay Randolph Monroe VI, and Karen Minshew were robbed and terrorized at Laing’s Atlanta home. Laing and Monroe went to get groceries while Minshew took a shower. Laing didn't lock the door when she left. When they got back, there were guns pointed at their heads.

The robbery took place as six friends were eating dinner at an Oakland house. Teen gunmen entered through an unlocked door and forced the three men and three women to take off their clothes. One woman was taken to another room and raped by the men.

When predators see parked cars swarmed around a house for an apparent party, they know that home security is ignored - the door is likely unlocked and they can simply walk in with guns and have everyone at their mercy.

Doors Have Locks For A Reason

The male homeowner and his wife were watching TV in their Maryland home when they heard knocking on the front door. He opened the door without first checking who was there, then heard his wife scream as several gunmen appeared from a back hallway. They had entered through an unlocked back door.

He was peeping through windows when he came across a St. Louis apartment's unlocked bathroom window. Serial killer Timothy Krajcir confessed that he climbed in, then hid in a shower stall and ambushed the woman when she entered the bathroom.

A man left his Indianapolis home at 6:00 AM to go to a gym. He forgot to lock the front door – leaving his pregnant wife vulnerable. Shortly thereafter, three criminals who call themselves “The Kill Gang” attempted two burglaries nearby but couldn’t find an easy way in. They then approached the unlocked home, found the front door unlocked, walked in and attacked the pregnant woman. When her husband returned home, he found her on the floor naked, beaten, and dying from a gunshot to her head.

Two paroled felons followed a mother and her daughter as they left a supermarket, then entered their Cheshire CT home through an unlocked rear door. They severely beat their husband/father, then spent six hours raping, torturing, and finally killing the mother and two daughters by setting the home on fire. Their deaths shattered the sense of security in the wealthy neighborhood where few locked their doors. See The Petit Family Massacre.

Amazingly, despite more than 3,500 Walk-Ins nationwide DAILY many people flaunt home security by leaving their doors or windows unlocked (or locking them only at bedtime). Never targeted yet, they're either blissfully unaware, lazy, or defiantly careless. Crime survivors, however, think very differently. They know better.

The self-image of a quaint, small-town Massachusetts hamlet was shattered by a serial rapists' 10-day reign of terror. The rapist entered through unlocked doors. A year after his arrest, residents have again become sloppy about security.

Yes, it is tempting to be careless, but many thousands of predators are out there somewhere looking for careless prey. Do you really want to take the chance that one will never choose you? The solution is so simple:

Always keep all doors locked, windows guarded, and keys protected even while visiting a neighbor, working in the yard, and so on. Granted, that may be a slight hassle but you can simply keep a key in your pocket or install a keyless touch-pad deadbolt lock (see Lock Bumping). Also install a panic-button alarm system (see DIY Home Alarm Systems).

Both items are available with remote-control pocket fobs. Now you can easily enjoy security by keeping your home locked while in the yard as well as instantly summon help in any emergency – be it criminal, medical, or fire.

Safeguard your home even if you live in Sleepy Valley - predators like to hunt where the prey least expect them.

Make sure all your family members use these home security strategies. Predators will always find prey – but the most cautious targets will be spared.