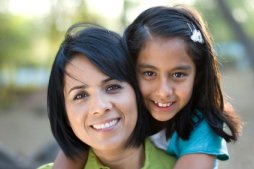 Child Safety Tips: child molesters are far more common than most parents realize as well as very clever - both at manipulating children and at disguising their intentions from parents.

Eleven year-old Mindy was home alone when she answered the telephone and heard a friendly man say, “You must be Mindy. I haven’t seen you since you and Billy were babies. You sound all grown up now. How are your parents? Mindy told him they were at Billy’s hockey game for the next few hours.

The caller, a complete stranger, had gathered simple information to target her. Soon, Mindy heard the doorbell and opened the door without checking who was there. The stranger burst in and raped her.

Arrested and convicted, Mindy’s rapist enrolled in a prison job-training program for computer skills. He scoured small-town newspapers and created a pedophile directory on the Internet with kid's names, ages, photos, family profiles, schedules, and road maps to their homes – until the FBI shut it down.

• Never give information to anyone over the phone – take messages only – unless they know the caller well. Better yet, screen the phone answering machine and pick up only if they know the caller well.
• Keep all doors and windows locked, never let anyone know they're alone, and NEVER OPEN THE DOOR TO ANYONE without your OK.
• Burglars often knock on a door to find out if a house is occupied. A child home alone can say, through the closed door or an intercom, “My Dad is sleeping and I don’t know how to turn off the alarm.” Then call 911. Find inexpensive alarms and intercoms in Security Products - Simple Electronic.
• If a predator is already breaking into your home, your child can seek refuge in a Safe Room or Safe Closet equipped with a cell phone for calling the police – as described in safe room. 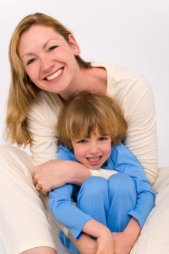 Rene Byrun and her family recently moved into their South Carolina home but didn’t know their next door neighbor is on the Sex Offenders’ Registry. She didn't know how to find out.

(See the FamilyWatchdog link at the bottom of this page to check for registered sex offenders near you.)

Megan's Law was enacted after 7-year-old Megan Kanka was murdered in New Jersey in 1994 by a neighbor who was, unknown to the community, a paroled child molester. Each state has a different version but all require paroled sex offenders to periodically notify authorities of their addresses. Though a valuable tool, Megan's Law, an honor system, has proven very difficult to enforce. Sex offenders may be homeless or simply prowl outside their neighborhood, or – as 24 percent do nationwide – assume false identities and disappear into thin air.


The boy's father sensed something odd when he found his 7-year-old son looking distressed while sitting on the friendly neighbor's lap. Later, the father asked his son if Ronny had done something to him and that “it’s OK to tell me.” Fayetteville AR police arrested Ronny Mahan later that day – a convicted sex offender who never registered with local police as required – as is common.

Joliet IL Bishop Joseph Imesch claimed that priests who molest children can be rehabilitated and return to work. But experts say it’s nearly impossible for sex offenders to be “cured.” The rate of recidivism is really high. There are molesters who never offend again, but they’re few and far between. It’s almost always a lifetime addiction.

Like a cat unable to resist its natural impulse to catch birds, paroled child molesters (pedophiles) constantly struggle to control a ravenous craving for children while living freely among them. Rapists average 7 victims before their first arrest and child molesters average 107 – with some victimizing more than 400 children in their lifetime.

Theodore A. Sypnier, a 100-year-old pedophile, was jailed in Buffalo NY for violating his parole. His 60-year history of molesting children includes his 58-year-old daughter when she was a child. His neighbors had thought of him as a kindly old man who gave candy to children and babysat - until he was arrested at age 90 for raping a 4-year-old girl. His early history was before sex offenders were required to register with police. Even older is Bert Jackson of Utah – 103 and living under house arrest.

Christopher Reardon, a youth minister, Boy Scout leader, and swim coach in Middleton MA, was arrested for 130 counts of child molestation. Police found child pornography in Reardon's home and church office. His wife found computerized charts with descriptions of boys and how he molested them. Parents and teachers had all fully trusted him and were blind to subtle hints.

Eric Justin Toth, a third-grade schoolteacher, camp counselor, nanny, and tutor was on the run after child pornography of Toth and a young boy was found in his Washington DC classroom in June 2008. Toth was immediately fired and disappeared before police arrived. He was finally arrested in Nicaragua in April 2013.

Child molesters endear themselves to trusting families to get at their kids. They molest again and again when children aren't believed. Parents doubt that someone so nice could be doing something so horrible. Parents must warily regard anyone with access to their child – just in case. And a single mother should beware of her boyfriend; molesters often charm a woman to get at her kids - especially adolescent girls.

A 2001 University of Pennsylvania study found that 47 percent of child molesters were relatives; 49 percent acquaintances, such as a teacher, coach or neighbor; and 4 percent strangers. The molesters are usually male – about a quarter of them married with children and are well aware of your concern (or lack thereof) for child safety. (Incidentally, nearly 10 percent of molesters are adult females.)

Using persuasion to gain a child’s trust and manipulating a young mind with fiendishly gentle finesse, the molester will praise, befriend, confuse, seduce, and intimidate the child into long-term abuse.

TOO GOOD TO BE TRUE

Little League of America requires sex-offense checks of managers, coaches and even snack-food vendors. All other youth organizations now do the same.

Roughly one man in thirty-three is a child-molester (that's about 3% of men). Everybody knows one, but just don't know who it is. They finagle to be near children – and are popular with them. Oftentimes parents later say, “But the kids loved him!” Beware of anyone too willing to aid parents. Anyone seeming too good to be true probably is too good to be true.

Parents often become hysterical when they discover their child has been molested. But just as often disbelief or shame cause them to hush it up. Schools and other groups often hide the truth in order to protect their own reputations. Moreover, high-status molesters often have powerful allies to help hide their crimes.

For just one example of millions, look at all the say-nothing culprits in the pedophile football coach Jerry Sandusky scandal at Penn State in 2011. And notice how the pedophile had long ago formed a program for disadvantaged young boys. Obviously, he did that only to have easy access to violate vulnerable boys.

Or look at the legendary pop superstar Michael Jackson, who didn't bother lurking around playgrounds – instead, he had a full-blown amusement park in his front yard. He also had many little boys on sleep-overs – sleeping WITH him in his bed – their starstruck parents somehow ignored it. Under his bed, the cops found stacks of magazines showing adult men having sex with little boys. Still, somehow the jurors acquitted him and afterward thronged around him for autographs. The jurors and the victim's parents are despicable. Years later, a quack doctor was convicted for causing the drug overdose death of the pop star. Good riddance.

Cops busted an online pedophile chat-room that included a disc jockey at kid’s parties, a pediatric nurse, a piano teacher, an employee at a water theme park, a pediatric gynecologist, and many schoolteachers.

Dr. Earl B. Bradley, a Delaware pediatrician, molested patients ranging from infants to adolescents. Police found videos showing Bradley raping children. Bradley taped videos in his toy-filled room, where he’d examine the children without their parents. In one recording, a 2-year-old girl was seen screaming and trying to run away from Bradley.

Be very leery about anyone who often gets near your child – especially alone with your child. Molesters are most often relatives, family friends, neighbors, babysitters, parents of your child's friends, coaches, teachers, school and camp staff, clergy, pediatricians, child-psychologists, circus clowns, even police officers and firefighters. 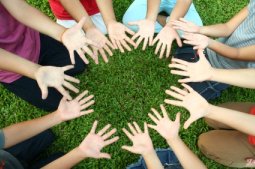 The RadKids.org covers both child self-defense and all-around safety tips for ages 5-12. The level of instruction increases for each age group. And it’s a terrific bargain: pay the fee once and your child can come back again and again at no cost at any RadKids location. I HIGHLY recommend it. Even the very best parent cannot possibly cover what RadKids thoroughly does – all in a gentle and fun fashion. It'd be great to see this program expand globally. You can become a certified RadKids instructor and bring this comprehensive lifesaving program to your hometown.

Online tools to keep your kids out of harm's way:

• GPS Child Locator: a variety of child tracking devices. Must be used with the utmost parental discretion.
• Personal Security Alarm: a.k.a. noisemaker or screamer. Most attackers won’t chase a noisy target.

See FamilyWatchdog.us for the registered sex offenders in your area. But since child molesters average 107 victims before their first arrest – many won’t be shown yet. And remember that sex offenders may be homeless or simply prowl outside their neighborhood, or – as 24% do nationwide – simply disappear.